THE INVISIBLE WORLD OF HOLY ANGELS 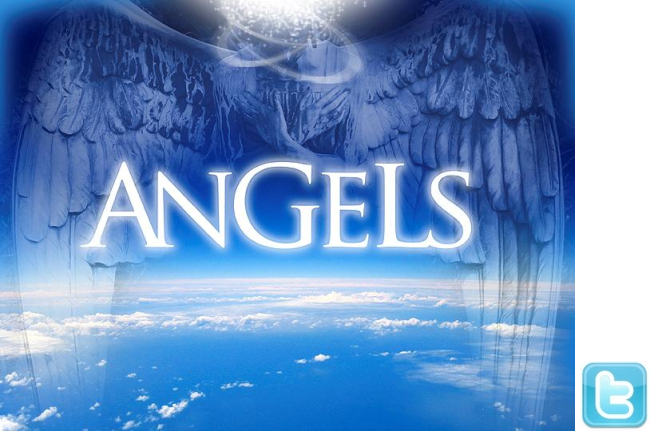 THERE IS AN INNUMERABLE MUILTITUDE OF ANGELS ORGANIZED TO PERFECTION THAT SERVE OUR FATHER’S KINGDOM BOTH IN HEAVEN AND ON EARTH. These angels are immensely powerful and cannot be killed or injured. They move at the speed of light and will be at service to any saint when directed by our Lord. Ezekiel described their likeness and speed of movement. “As for the likeness of the living creatures, their appearance was like burning coals of fire, and like the appearance of lamps: it went up and down among the living creatures; and the fire was bright, and out of the fire went forth lightning. And the living creatures ran and returned as the appearance of a flash of lightning.” (Ezekiel 1:13-14) Breathtaking angels!

Jesus Christ is the “Lord of Sabaoth” or the “Lord of a Host of Angels.” “Behold, the hire of the labourers who have reaped down your fields, which is of you kept back by fraud, crieth: and the cries of them which have reaped are entered into the ears of the Lord of sabaoth.” (James 5:4) Angels are not independent spirits that move or act on their own, but are at the command of Jesus Christ. They do what they are commissioned to do. We can not give them orders but must be surrendered under the Lordship of Christ and then He gives them orders. The multitudes of our world who refuse the life of surrender to Christ have no protection from the evil and dark side of the fallen angelic world.

It is easy to understand why there is so little Holy Ghost or angelic activity today. There can be no movement and the great demonstration of God’s mighty powers without the church world living in obedience. If you are rebellious and determined in your own will, then the Holy Ghost or the angels are watching and often wooing you, but not interrupting. You are at the devil’s mercy and He has no mercy.

Angels played a beautiful role in Christ’s first coming. From the announcement of His incarnation until He ascended back to the Father, angels appeared to have been given a kind of supervision and strengthening role to the Son of man. While it was the overshadowing power of the Holy Ghost that conceived Jesus in Mary’s womb, it was the angels’ business to make the announcement to her, to satisfy Joseph’s fear, and to even provide the name of Jesus to Joseph. Angels supervised the birth of John the Baptist and His role as the harbinger, or forerunner, of the Son of Man. When Jesus was in danger of being slain with all the children of Bethlehem, an angel appeared to Joseph to warn him to flee to Egypt with the young child.

It was angels that came to minister and strengthen Him after fasting forty days and nights and suffering an intense attack by the devil against Himself. “Then the devil leaveth him, and, behold, angels came and minister unto him.” (Matthew 4:11) Jesus Himself testified to Phillip and Nathaniel that angels would regularly appear to Him during His ministry. “And he saith unto him, Verily, verily, I say unto you, Hereafter ye shall see heaven open, and the angels of God ascending and descending upon the Son of Man.” (John 1:51)

While the Scripture does not document this happening to any great frequency, there can be no doubt that it did. His disciples apparently witnessed it, but were so accustomed to believing in angels that most of these events were not recounted in their Gospels. Luke did recount his witnessing of an angel appearing in the Garden of Gethsemane. He stated, “And there appeared an angel unto him from heaven, strengthening him.” (Luke 22:43) All four of the Gospel writers shared the appearance of angels at His tomb following His resurrection from the dead. John told this event as follows, “But Mary stood without at the sepulchre weeping: and as she wept, she stooped down, and looked into the sepulchre, And seeth two angels in white sitting, the one at the head, and the other at the feet, where the body of Jesus had lain. And they say unto her, Woman, why weepest thou? She saith unto them, Because they have taken away my Lord, and I know not where they have laid him.” (John 21:11-13)

As Jesus concluded His earthly sojourn and returned to Heaven by a miraculous ascension, angels appeared to give instruction to the 500 people that were present. The angels’ message was a powerful encouragement and indication of what these disciples had witnessed. “And when he had spoken these things, while they beheld, he was taken up; and a cloud received him out of their sight. And while they looked steadfastly toward heaven as he went up, behold, two men stood by them in white apparel: Which also said, Ye men of Galilee, why stand ye gazing up into heaven? This same Jesus, which is taken up from you into heaven, shall so come in like manner as ye have seen him go into heaven.” (Acts 1:9-11)

It would be impossible not to give a paramount role to angels in God’s kingdom after viewing the closeness of angel activity to the Son of God. These beautiful spirits are dedicated to us when we are surrendered Christians. Apostle Paul spoke of this wonderful ministry in the church. There is a beautiful connection between angels and anointed preachers. “And of the angels he saith, Who maketh his angels spirits, and his ministers a flame of fire.” (Hebrews 1:7) A minister is the servant of God’s people and must be totally selfless and untiring in their devotion. When a minister is totally the Lord’s, angels will fight for him and spot every destroyer. Ministers today are mostly professional hirelings that serve for wealth and acclaim. Angels are helpers of the true men of God and they serve the saints also. “Are they not all ministering spirits, sent forth to minister for them who shall be heirs of salvation?” (Hebrew 1:14) The study of angels will change your life if you take the Bible seriously.

MY FREE ARTICLE IS “ANGELS: HOLY AND UNHOLY” We are preparing a notebook entitled, “THE INVISIBLE REALM: HOLY ANGELS AND UNHOLY ANGELS”. This is a comprehensive study of this subject like I have always wanted for myself. THIS WILL GIVE YOU A BIBLICAL PICTURE OF THE WARFARE WE FACE IN THE SPIRITUAL WORLD THAT IS DEFEATING MOST OF THE CHURCH WORLD. It will be done in full color and will be about 150 pages. Everything we do is fully guaranteed with our money back promise. We are here to bless, not make money. The notebook will be sent immediately with the first stage, then we’ll follow with the additional pages. (Notebook $29.95, Email without notebook cover $15.00) Call 1 800 338 7884 or 1 704 391 0588. Email us at secretary@pawcreek.org. This is many hours of research and writing so please pray for me.

One thought on “THE INVISIBLE WORLD OF HOLY ANGELS”