ABSOLUTE PROOF THAT THE END IS NEAR (Coming Election) 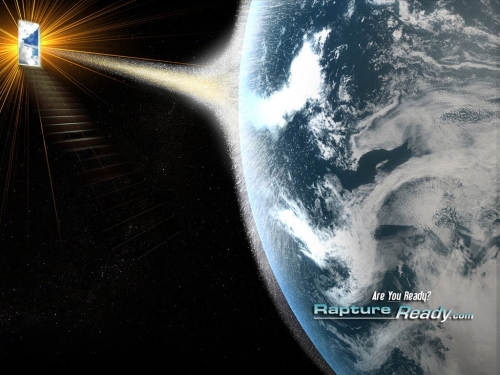 The church world is blind. Darkness has fallen upon the ministers and national leaders and they cannot see spiritual reality. The Rick Warren crowd is dedicating themselves to Christ-lam instead of the only Lord and Savior. When I dare to talk about a genuine move of the Holy Ghost, a level of evil comes like a storm. Apostle Paul warned Timothy of this darkness. “Now the Spirit speaketh expressly, that in the latter times some shall depart from the faith, giving heed to seducing spirits, and doctrines of devils; Speaking lies in hypocrisy; having their conscience seared with a hot iron…” (I Timothy 4:1-2)

I must sound like a man living in the past as I keep blowing the trumpet of this late hour. My deep feeling is that we must help prepare the people for what is coming. The multitudes are not going to repent unless a great calamity falls on them. Anyone that already knows what I talk about on this broadcast and has not repented probably will not repent in the future. The mood is exactly the mood of the world before the flood. “But as the days of Noe were, so shall also the coming of the Son of man be. For as in the days that were before the flood they were eating and drinking, marrying and giving in marriage, until the day that Noe entered into the ark, And knew not until the flood came, and took them all away; so shall also the coming of the Son of man be.” (Matthew 24:37-39)

When the War of Gog and Magog comes to full preparation; when the north country above Israel is covered in battle preparation, maybe men and women will begin to repent. Israel is in a box of political pressure to not act against Iran. They have no choice and when they do act it is likely to be the spark that ignites the fuse. The war that could follow will be the largest military force that has ever attacked a small and single country. Without a doubt Israel will win.

The Democratic Party is actually talking serious about making “same-sex marriage” a major plank of the party and a campaign slogan of the coming election. To believe that would ever come to America is an act beyond my imagination. It is blasphemy against God at the highest level in American history. This kind of action requires insanity.

What is happening in the Republican party is not much better. To even consider a Mormon winning the nomination of the conservatives is heart breaking. The only possible candidate that can win has been attacked by the Republican elite like he was the ultimate enemy. There is consternation at every level of our nation and the world. On this broadcast I will give my opinion of who will win the Republican nomination and then win the election. I will share who I believe will be chosen as his Vice President. (Unless the Rapture occurs!!)

Godly people are the only hope our nation has. And they will be vindicated in the end. The Prophet said, “ If my people, which are called by my name, shall humble themselves, and pray, and seek my face, and turn from their wicked ways; then will I hear from heaven, and will forgive their sin, and will heal their land…” (II Chronicles 7:14) If the righteous people and those that believe in Biblical righteousness will go to their knees in fasting and intercession we will see results.

Listen to John the beloved disciple of our Lord. “This then is the message which we have heard of him, and declare unto you, that God is light, and in him is no darkness at all. If we say that we have fellowship with him, and walk in darkness, we lie, and do not the truth: But if we walk in the light, as he is in the light, we have fellowship one with another, and the blood of Jesus Christ his Son cleanseth us from all sin.” (I John 1:5-7) The only Spiritual light in the world is the Holy Bible. Either we follow it or we are doomed.

The series of Salty Saints and Prophetic News Alerts combined will be on the front of the Home Page shortly. I expect approximately fifty when I’m finished. I have been overwhelmed to see that Revelation is one great picture of God’s revelation one after another. What absolute proof of its literalness. Please order a free copy of the first four, and sign up on our E-mail list to automatically receive these inspiring truths. Our book “The Masterpiece” would greatly aid you in studying. We also have a professional set of verse by verse teachings on DVDs OR CDs on the entire 22 Chapters of Revelation. (24 DVDS or CDs in two beautiful albums)

Also part of today’s program was discussion about Transhumanism, and as promised, some additional links.