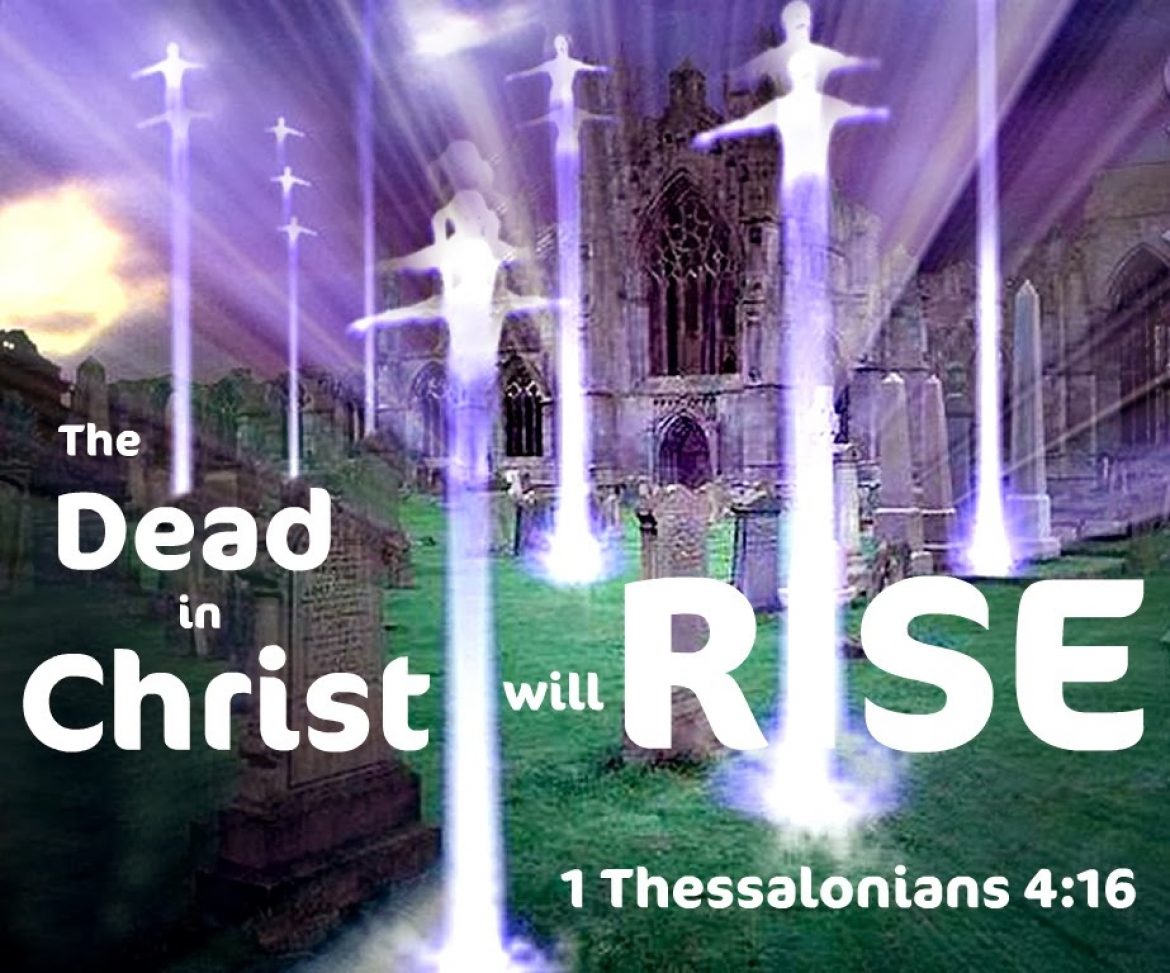 The Rapture Before the Seven Years of Tribulation

The Rapture of Christ’s Bride is a highlight of the Book of Revelation. Post millennial believers must deny many wonderful truths to deny the book’s validity. Every denial of Revelation has theology that came from the dark ages of the church world. The Revelation book is the only book in the Bible directed to the entire church. It is Christ greatest message to the Church.

Any view of Revelation chapter four that does not allow for the triumphant Rapture of the saints is woefully inadequate and an embarrassment to the truth. It is the grandest picture of the true church and the overcoming saints who were brought up from the Lion’s mouth unto the King’s throne. The blood-washed saints that were hated by the world had faced their persecutors for the last time. Giving up the world, they had gained the grandest seats around the throne of the Father.

This chapter is the beginning of the glory that has been promised to the saints since the opening of the Holy Bible. From seats around the throne to the city of the throne, the saints will never suffer shame again. They are His saints; they will take up positions as His elders until they march forth as His army, reign as Kings, and possess the city of the Bride.

Revelation chapter four moves us past the Church Age, where His saints are pilgrims and strangers on this earth. After the opening of chapter four, everything revealed in this book is future prophecy. The pilgrim saints become serving elders that sit on lesser thrones and participate with the Father and the Son in the redemption of this earth. Redemption in the Bible is always a judicial business incorporating cleansing, judgment, and the renewing and perfecting of that which sin has corrupted. The authorized elders, Cherubim, and angels will serve the Lamb of God during this process.

This chapter is the opening volley, and ultimately the universe will be perfectly redeemed. From the rebellion in heaven, where Satan and his angels were cast to the earth, until Satan presents his false Christ and false spirit, every act of evil must be presented and judged at the bar of justice. It will be seven years of perfect redemption until the earth is fit for the King of Kings to rule and reign.

The great Jehovah God is seated on His throne in the celestial heavens and is fully prepared for the heavenly court. Over six thousand years have passed since a serpent possessed by Lucifer walked into the garden and deceived God’s perfect couple, Adam and Eve. From the venom of lies in the garden, sin has touched every offspring of Adam. The upheaval of the earth by the Noahic flood left its scars on a sin-cursed earth. There is not one element of the created world unspoiled by the flood of evil, and it’s now time for redemption.

The celestial city of Jerusalem, now in heaven, and its inhabitants are the only untouched geography in the cosmos, and the court will be held in its temple. David must have had a slight view of this seven-year session.“Great is the LORD, and greatly to be praised in the city of our God, in the mountain of his holiness. Beautiful for situation, the joy of the whole earth is mount Zion, on the sides of the north, the city of the great King. God is known in her palaces for a refuge.” (Psalms 48:1-3).

The court proceeding that must be held in this city demands a Pre-Tribulation Rapture to transfer the saints from their graves or from their living on earth to fulfill their appointed place in the judgments. This earth is the Lord’s and He has appointed it to His saints to possess for eternity. It has been clearly stated that we shall judge this earth, and our removal to this grand event is unquestionably guaranteed. The fight against the Rapture is a last-ditch battle from the devil to prevent us from our heavenly task. The proceeding cannot begin until we arrive at our appointed seats before the throne.

There is no event on God’s calendar that demands a door opened into heaven from the earth’s advantage except the Rapture. This great vision by John incorporates all the fine details that Scripture associates with the saints being caught up to meet the Lord in the air. “For the Lord himself shall descend from heaven with a shout, with the voice of the archangel, and with the trump of God: and the dead in Christ shall rise first: Then we which are alive and remain shall be caught up together with them in the clouds, to meet the Lord in the air: and so shall we ever be with the Lord”. (I Thessalonians 4:16-17.

Before John sees the throne in heaven, he hears the voice of Jesus Christ “as it were of a trumpet” saying, “Come up hither.” The trumpet voice gave details to John to make sure the church would understand this further information as “hereafter” or following the letters to the seven churches. Nothing from this point in Revelation can be a historical event. This was clearly stated in the introduction of chapter one. “Write the things which thou hast seen, and the things which are, and the things which shall be hereafter” (Revelation 1:19). All through chapter one, two, and three the whole vision and scene is the High Priestly appearance of Jesus Christ and His letters to His churches.

John is clearly caught up into the heavens to view further proceedings that demand his presence. He is going to witness the glorified saints seated in positions of honor and dressed in attire that would be impossible on earth. Everything he sees and writes from this verse has no connection to the Church Age and its kingdom business, which the Scripture identifies as the spiritual kingdom “that cometh not with observation. Then Jesus told them that the Kingdom was still future. “And when he was demanded of the Pharisees, when the kingdom of God should come, he answered them and said, The kingdom of God cometh not with observation: Neither shall they say, Lo here! or, lo there! for, behold, the kingdom of God is within you” (Luke 17:20-21).

“And immediately I was in the spirit: and, behold, a throne was set in heaven, and one sat on the throne. And he that sat was to look upon like a jasper and a sardine stone: and there was a rainbow round about the throne, in sight like unto an emerald (Revelation 4:2-3). What John was about to witness demanded that a spiritual dimension temporarily overshadow him. This again proves that his vision was beyond the physically observable age of the church and was a prophetic view of future events. No one can stand before God’s throne or even view God’s throne until our bodies are glorified. “For in this we groan, earnestly desiring to be clothed upon with our house which is from heaven” (2 Corinthians 5:2).This vision given to John was for our future hope and demands the Rapture to fulfill its glory.

In the Spirit, John looks on the majestic throne of Almighty Jehovah, where our Heavenly Father is seated in His glory. The description given to us is limited by human language inadequate to reach to such heights of splendor. The glory was such that the writer could only compare it with the grandeur of rare jewels. There was a gleam of glory and overwhelming splendor making Him incomparable to earthly beauty. The dazzling colors of a rainbow were seen overshadowing the throne and its occupant. The throne itself was in sight like unto an emerald. No earthly wonder has ever been so described.

How can we question that something is about to transpire that the ages of human pain has longed to behold? Ten thousand gods have imitated God the Father and have tried to possess His kingdom. They all have faded into defeat. The last of those gods are soon to disappear. His presence settles the God-questions of the rebellious multitudes. The proceedings that will issue from His throne will not leave any questions or doubts. His glorious presence became the backdrop of the rest of this great masterpiece of literature called REVELATION” Every scene from this point forward must be understood as the acts and transactions of Him, His Son, His Holy Spirit, and His appointed elders and angels. He is sovereign God, and all glory and honor must flow from His throne.

First, “round about the throne” are the saints of God that have been promoted to elders. No more pilgrims and strangers traveling through a weary land, but exalted, glorified, and seated “round about the throne.” The judgment seat of Christ has occurred, and His saints have been promoted to their lofty positions. They are seated after a lifetime of pilgrimage and sorrows. They are clothed in sparkling-white raiment, which is the righteousness of the glorified elders. They are crowned with crowns of gold, and this is just the first day of eternity for all of them. I can hardly wait because He has paid our debt of sin and redeemed his chosen so we can be there. The Rapture is at the door and Satan is fighting with a fury.