JOHN THE REVELATOR SAW A MULTITUDE OF ANGELS AND CHERUBIMS 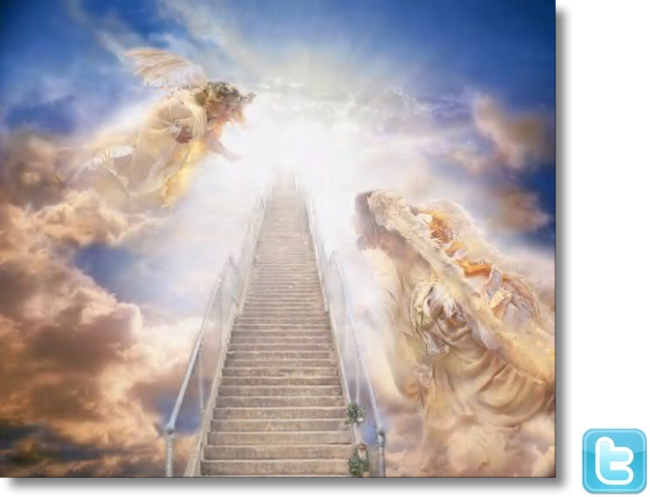 THE MAGNIFICENT CHERUBIMS AND AWESOME ANGELS ARE ALL OVER THE SCENES AND EVENTS IN THE BOOK OF REVELATION. The Book begins by clearly stating that the total volume was received from Jesus Christ and revealed to John by the “Angel Of The Lord.” You can believe that there is a mighty and special angel that is known in the Bible as “The Angel Of The Lord”. In the First Testament the pre-incarnate Christ is often called the “Angel Of The Lord” or at least it is believed that it was the Lord Himself. That may be a mystery we will soon learn the fullness about. The opening verse states, “ The Revelation of Jesus Christ, which God gave unto him, to shew unto his servants things which must shortly come to pass; and he sent and signified it by his Angel unto his servant John…” (Revelation 1:1) The great interworking of Heaven shines like the sun in this masterpiece.

Angels are named 75 times in the Twenty-Two Chapters of Revelation. The living creatures or Cherubims, called beasts, are named 23 times. These heavenly creatures are clearly supervising and administering the great visions and activities. Their conversation with John the Revelator is constant. The great host of Raptured Saints merge in with the Angels and Cherubims and share the proceedings together. Sometimes John talks with saints, now called Elders, as well as the Magnificent Cherubims and Beautiful Angels. The Father and His Son, called “The Lamb,” are unquestionably the great Masters of the total Revelation.

After the RAPTURED saints have sung their initial song of praise and adoration, then they join the great host of Angels and the Living Creatures in a doxology of praise. We will join together as the heavens are sure to resound with incredible glory. “And I beheld, and I heard the voice of many angels round about the throne and the beasts and the elders: and the number of them was ten thousand times ten thousand, and thousands of thousands; Saying with a loud voice, Worthy is the Lamb that was slain to receive power, and riches, and wisdom, and strength, and honour, and glory, and blessing.” (Revelation 5: 11-12) This Book of Scripture gives us our best picture of the many activities of angels. Praise and singing is at the top of the list. Lucifer, in his pre-fallen condition, is believed to have been their music teacher.

In the Second and Third Chapters, Angels are seen as messengers to the churches in close fellowship with the pastors. I believe God ordained for every true church to have a heavenly pastor and an earthly co-pastor. Each of the messages except the last begin with, “And unto the angel of the church… write…..” (Revelation 3:1) The last church letter was no longer addressed to the Angel and the church but to the Angel and the people because the God appointed earthly pastors will barely exist. The Scripture states, “And unto the angel of the church of the Laodiceans write;…” (Revelation 3:14) Remember this as you look toward our present church world and the utter lack of authority in the pulpit.

When the Rapture occurs in Chapter Four, we see those magnificent Cherubims in company with the glorified Elders and the Holy Ghost. When Jesus ascended the Bible speaks of Him being “taken up.” Four times in Acts, Chapter One, it is clearly stated that He was “taken up.” He certainly could ascend by the powers of His Person, but mighty Angels (I believe Cherubims) were His escorts right up past the “Prince of the Power of the Air” and his hellish horde of dark spirits. That’s exactly how we are going to ascend at the sound of the Trumpet. The Cherubims will be there in multitudes. Four is the number in typology for the activitiy of Angels when the proceedings reflect an earthy event. This incredible company of God’s most powerful Angels (other than Archangels) will make the Rapture one of the greatest events of supernatural powers. I’ve got to be a part of this spectacular moment.

In Chapter Eight we see seven angels sounding trumpets. “And I saw the seven angels which stood before God; and to them were given seven trumpets. And another angel came and stood at the altar, having a golden censer; and there was given unto him much incense, that he should offer it with the prayers of all saints upon the golden altar which was before the throne.” (Revelation 8: 2-3) Nothing occurs in this great masterpiece of future events without these anointed and holy angels. They are acting at perfect command with the Elders in complete harmony. Our prayers are recorded and will be ready for the answer, “THY KINGDOM COME, THY WILL BE DONE”. The countdown is on and the Angels are ready.

As the Book of Revelation progresses in unveiling the closing period of this “Great Tribulation,” the temple in Heaven is opened. There is a class of Angels that are temple Angels or priestly Angels. They will be employed to direct the judgment against the Antichrist’s Kingdom. “And I saw another sign in heaven, great and marvelous, seven angels having the seven last plagues; for in them is filled up the wrath of God. And I heard a great voice out of the temple saying to the seven angels, Go your ways, and pour out the vials of the wrath of God upon the earth. And the first went, and poured out his vial upon the earth; and there fell a noisome and grievous sore upon the men which had the mark of the beast, and upon them which worshipped his image.” (Revelation 15:1, 16: 1-2) This scene is the final judgment of the kingdom which the dark beast called the Antichrist had established by the powers of Satan…

He along with his false prophet or false anointing will be the first to be cast into the Lake of Fire. “ And the beast was taken, and with him the false prophet that wrought miracles before him, with which he deceived them that had received the mark of the beast, and them that worshipped his image. These both were cast alive into a lake of fire burning with brimstone. And the remnant were slain with the sword of him that sat upon the horse, which sword proceeded out of his mouth: and all the fowls were filled with their flesh.” (Revelation 19: 20-21) These kinds of activities and actions are a picture of God’s mighty angelic host cleaning up the blasphemy of the wicked. It is no wonder that Satan is trying to present his angels as feminine and giddy sweet. Old Lucifer is dreaming of ways to stop the final, impending triump of righteousness. He knows his days are numbered.

This great Masterpiece that the Father names, “THE APOCALYPSE” comes to its conclusion as Jesus declares, “I Jesus have sent mine “ANGEL” to testify unto you these things in the churches. I am the root and the offspring of David, and the bright and morning star. And the Spirit and the bride say, Come. And let him that heareth say, Come. And let him that is athirst come. And whosoever will, let him take the water of life freely.” (Revelation 22: 16-17) The Lord Jesus is the “Lord of Sabaoth” which means Lord of a multitude of Angels. They are His great host and are soon to manifest the closing of all Revelations. Every word in our Bible will be complete and it will be time to cut off the clocks and close up the calendars. Time will be no more, it will be Eternity.

MY FREE ARTICLE IS “A PRINTED OUTLINE OF LAST SATURDAY OBD’S BIBLE STUDY” We are preparing a notebook entitled, “THE INVISIBLE REALM: HOLY ANGELS AND UNHOLY ANGELS”. This is a comprehensive study of this subject like I have always wanted for myself. THIS WILL GIVE YOU A BIBLICAL PICTURE OF THE WARFARE WE FACE IN THE SPIRITUAL WORLD THAT IS DEFEATING MOST OF THE CHURCH WORLD. It will be done in full color and will be about 150 pages. Everything we do is fully guaranteed with our money back promise. We are here to bless, not make money. The notebook will be sent immediately with the first stage, then we’ll follow with the additional pages. (Notebook $29.95, Email without notebook cover $15.00) Call 1 800 338 7884 or 1 704 391 0588. Email us at secretary@pawcreek.org. This is many hours of research and writing so please pray for me.