EMERGENCY: CRISIS FOR THE BOY SCOUTS OF AMERICA 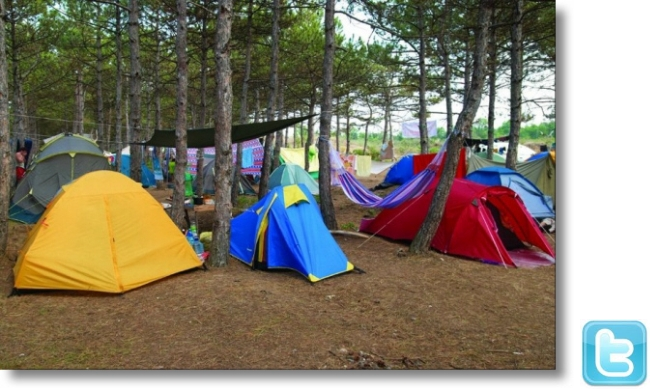 THE BOY SCOUTS OF AMERICA IS ON THE VERY BRINK OF BEING LOST FOR, OF ALL PEOPLE, THE BOYS THEMSELVES. Its impossible to believe that any human being would want to turn the homosexual radicals loose on the most precious possession a nation could be responsible for protecting. Here is an e-mail from a Boy Scout leader in West Virginia. “Thanks Mr.Chambers I am an Assistant Scoutmaster in Bluefield WV. This troop is one of the oldest in the United States and maybe the oldest. We have a lot of good camping equipment and also a really nice enclosed cargo trailer, which has the big round Boy Scouts of America decals on both sides. The trailer has all of the names of businesses which support our troop on the back doors, boys who have made Eagle Scout are listed on the side door. I have been to lots of Scout camps out of state. I have talked to a lot of leaders of other troops and the homosexual subject will come up. Almost everyone says if the scouts give in on this gay agenda they will QUIT. I feel the same way. Right now I would be ashamed to be seen pulling the trailer down the road OR working a Scouting event.” That’s an overwhelming letter.

YOU CAN HELP BUT YOU MUST ACT QUICKLY. ONE CALLER WAS TOLD THAT THE VOTE IS WEDNESDAY AND THAT NOTHING WOULD CHANGE THEIR MIND. PLEASE SEND TO EVERY E-MAIL ADDRESS YOU HAVE, PUT IT ON FACEBOOK, AND RETWEET TO YOUR FRIENDS ON TWITTER! ASK EVERYONE TO RETWEET! PLEASE DO THIS TODAY. The telephone numbers with names are at the bottom of this message. The rest of this post was sent last Saturday after our Worldwide Broadcast. Blessings to every soul weeping for the BOYS of America.

THE WELCOME ARM OF THE BOY SCOUTS OF AMERICA. Our buildings have been their main “Scout Huts” and our families their base supporters. Now the liberal agenda of the Boy Scouts leadership is ready to throw all of their local Scout Troops under the “Homosexual Bus” for destruction. Americans that love purity must stand tall and strong and say it plain. This lifestyle is an abomination and will take our society into a living hell and every unrepentant victim an eternal hell.

I believe in “Hope For The Homosexual” if that person is perfectly willing to call sin – sin and then repent of that sin by trusting in Christ’s shed Blood. (A booklet by that name is my free gift this week.) Otherwise, this horrible lifestyle is a bondage that cannot be escaped. Speak with any homosexual man, or woman, and they will quickly tell you, “I cannot change or deny my commitment to my lifestyle”. It is sheer bondage and that itself is proof of it’s ugliness. A multitude of homosexuals and lesbians have tried to change on their own but I have never met one that succeeded.

First let’s listen to the Holy Spirit warn us of this depravity. “Wherefore God also gave them up to uncleanness through the lusts of their own hearts, to dishonor their own bodies between themselves: Who changed the truth of God into a lie, and worshiped and served the creature more than the Creator, who is blessed for ever. Amen. For this cause God gave them up unto vile affections: for even their women did change the natural use into that which is against nature: And likewise also the men, leaving the natural use of the woman, burned in their lust one toward another; men with men working that which is unseemly, and receiving in themselves that recompense of their error which was meet. And even as they did not like to retain God in their knowledge, God gave them over to a reprobate mind, to do those things which are not convenient; Being filled with all unrighteousness, fornication, wickedness, covetousness, maliciousness; full of envy, murder, debate, deceit, malignity; whisperers, Backbiters, haters of God, despiteful, proud, boasters, inventors of evil things, disobedient to parents, Without understanding, covenant-breakers, without natural affection, implacable, unmerciful: Who knowing the judgment of God, that they which commit such things are worthy of death, not only do the same, but have pleasure in them that do them.” (Romans 1:24-32) There is no possible way to deny this Scripture. The homosexual lifestyle flies directly in the face of God. He did not allow it to continue in Sodom and Gomorrah, and He will not allow it to continue in America.

There are no victims of homosexuality that suffer more than children. When a homosexual or lesbian can get a young person under their influence, it is their natural tendency to slowly get into their life and induce them to sexual activity. Mainly these are children that have had no experience in sex and likely do not even understand what is happening to them. The homosexual knows well that they are creating an emotion which children will never escape. Most of these homosexuals will then say it was the child that created the contact. Often they will try to suggest that the child was simply a born homosexual.

It is sad to know that many Americans have come to believe the lie that homosexuals are born with that orientation. What we have in many educational institutions and local schools are staff people and teachers ready to teach this lie. They are ready to quickly confirm with children under their influence this same falsehood. When anything is said or action is seen suggesting the person may be leaning toward homosexual they confirm the same with that child or youth. Usually it is children that are questioning things that are being taught and falling into this trap of depravity.

To put any child or teenager under the influence of a homosexual or lesbian is insane. Role models are always capable of influencing others to think like themselves. The homosexual and lesbian world has no children unless they live a double life. They want your children and positions to teach, serve as scout masters, even preach in our pulpits so they can influence their confusion on their lives. You are mentally crippled if you allow such invasion into your families.

While we take a rigid stand against such we should continue to show the homosexual the plan of Christ for their redemption. This must be done without one moment of inviting their influence into our homes, churches or schools. The homosexual has usually been introduced to many variations of sexual activities. Each of the actions within the world of sodomy is a downward spiral. From “golden showers,” which I will not explain for the sake of purity of mind, to bondage mutilation, etc… it is truly a sick world. The God of this universe hates moral impurities of every description.

The gift for today is a very special pamplet that offeres “HOPE FOR THE HOMOSEXUAL”. That is the titles and I would loves to have one in the hands of every Christian to help them witness to anyone caught in this web. We have the completed Notebook for the past series on “Angels” ready to ship the first of the week. This offer has required many hours and I want it to bless your life. This Notebook, “THE INVISIBLE REALM: HOLY ANGELS AND UNHOLY ANGELS” is over 170 pages and available for $29.95 or $15.00 for a PDF that can be read on your computer, phone, or tablet. Call 1 800 338 7884, 1 704 391 0588 or e-mail us at secretary@pawcreek.org.

Every person should call the telephone numbers for “Boy Scouts of America” board members.The numbers listed were received from the Family Research Council in Washington, DC. Please be very kind but firm and committed to win.

3 thoughts on “EMERGENCY: CRISIS FOR THE BOY SCOUTS OF AMERICA”