ANGELS: SEARCHING OUT THE OPEN-HEARTED 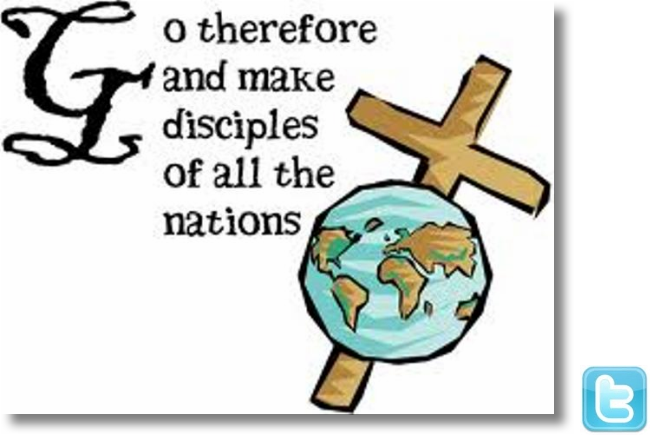 ANGELS ARE MINISTERS FOR THE SAINTS. For the Holy Ghost to make such a statement in Holy Scripture is breathtaking. We often deal with hard hearted people until we despair of ministry. Sometimes we give up because it can be so discouraging. There is no evidence of this in the Book of Acts. God has ordained that our work is with His divine host of spirits performing their ministry by the direction of the Holy Ghost. “And of the angels he saith, Who maketh his angels spirits, and his ministers a flame of fire… Are they not all ministering spirits, sent forth to minister for them who shall be heirs of salvation?” (Hebrews 1:7, 14)

I. Book of Acts ~ Soul Winning! An Angel directed Phillip to go to the location where a hungry soul would be searching for truth. “And the angel of the Lord spake unto Philip, saying, Arise, and go toward the south unto the way that goeth down from Jerusalem unto Gaza, which is desert. And he arose and went: and, behold, a man of Ethiopia, an eunuch of great authority under Candace queen of the Ethiopians, who had the charge of all her treasure, and had come to Jerusalem for to worship, was returning, and sitting in his chariot read Esaias the prophet.” (Acts 8:26-28) Phillip found a man ready to be converted to Christ with no argument.

It’s easy to see that this was a spiritual moment planned by the Holy Spirit. Angels never act on their own but are always directed to move in the wake of the Holy Ghost. As soon as Phillip saw the man in God’s plan, the Spirit spoke to Phillip, “Then the Spirit said unto Philip, Go near, and join thyself to this chariot. And Philip ran thither to him, and heard him read the prophet Esaias, and said, Understandest thou what thou readest? And he said, How can I, except some man should guide me? And he desired Philip that he would come up and sit with him.” (Acts 8:29-31) This is a perfect plan for soul winning.

II. The next soul winning experience is equally beautiful. This time the angel speaks first to the unsaved Cornelius. “There was a certain man in Caesarea called Cornelius, a centurion of the band called the Italian band, A devout man, and one that feared God with all his house, which gave much alms to the people, and prayed to God always. He saw in a vision evidently about the ninth hour of the day an angel of God coming in to him, and saying unto him, Cornelius. And when he looked on him, he was afraid, and said, What is it, Lord? And he said unto him, Thy prayers and thine alms are come up for a memorial before God. And now send men to Joppa, and call for one Simon, whose surname is Peter…” (Acts 10:1-5) The Angel knew the perfect plan the Holy Ghost had arranged. He knew the location of the minister that had the message that would save the whole family.

In this story the Spirit used the Angels to get the Apostle prepared to accept the challenge of leading a Gentile household to the cross. “On the morrow, as they went on their journey, and drew nigh unto the city, Peter went up upon the housetop to pray about the sixth hour: And he became very hungry, and would have eaten: but while they made ready, he fell into a trance, And saw heaven opened, and a certain vessel descending unto him, as it had been a great sheet knit at the four corners, and let down to the earth: Wherein were all manner of fourfooted beasts of the earth, and wild beasts, and creeping things, and fowls of the air. And there came a voice to him, Rise, Peter; kill, and eat. But Peter said, Not so, Lord; for I have never eaten any thing that is common or unclean. And the voice spake unto him again the second time, What God hath cleansed, that call not thou common. This was done thrice: and the vessel was received up again into heaven.” (Acts 10:9-16) Peter was given this vision by the Angel that we would presume to be the same one that appeared to Cornelius. Then by the Holy Ghost shows His perfect involvement in this soul winning event. “While Peter thought on the vision, the Spirit said unto him, Behold, three men seek thee. Arise therefore, and get thee down, and go with them, doubting nothing: for I have sent them.” (Acts 10:19-20) This familiar story changed the entire course of the New Testament Church.

III. Angels were also powerfully involved in protecting Apostle Paul on his trip to the prisons of Rome. An entire island was evangelized by the safe keeping of Paul’s journey. This barbarous people saw a miracle and were likely saved. “In the same quarters were possessions of the chief man of the island, whose name was Publius; who received us, and lodged us three days courteously. And it came to pass, that the father of Publius lay sick of a fever and of a bloody flux: to whom Paul entered in, and prayed, and laid his hands on him, and healed him. So when this was done, others also, which had diseases in the island, came, and were healed: Who also honored us with many honours; and when we departed, they laded us with such things as were necessary.” (Acts 28:7-10) Holy Ghost filled saints can expect Angels to become involved in their lives, but only if they are welcomed and never given unbiblical credit.

IV. This kind of spiritual activities should be common in our churches. The Son of God made it plain to us that we must learn that the “Keys of the Kingdom” are ours to claim and manifest. He said to Peter, “And I say also unto thee, That thou art Peter, and upon this rock I will build my church; and the gates of hell shall not prevail against it. (Matthew 16:18) Imagine a church that binds the power of evil spirits by the Holy Ghost praying. To suggest that the church has the “Keys to the Kingdom” is almost beyond our grasp. That’s why our churches are so effeminate and powerless. The “bind” and “loose” by the anointing of the Holy Ghost is what made the Book of Acts Church unstoppable. Do not miss the next lesson.

4 thoughts on “ANGELS: SEARCHING OUT THE OPEN-HEARTED”