ALERT! ALERT! AMERICA IS IN JEOPARDY!!! THE ABOMINATION AND OBAMANATION OF SAME-SEX MARRIAGE (Obama appointed over 250 Gays to federal positions and judgeships) 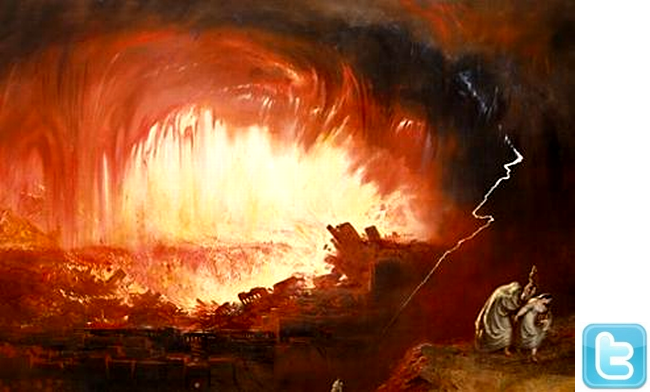 PLEASE SEND TO EVERY POSSIBLE PERSON!!! CAN YOU NAME A MORAL ISSUE THAT HAS GREATER POWER TO DESTROY OUR NATION THAN HOMOSEXUALITY AND LESBIANISM? When you evaluate this moral degradation to the sanctity of marriage you have laid the foundation for total ruin. This moral failure attacks the Creator, blasphemes society and the beauty of a married couple and their family.

When a man or woman goes to bed for sexual pleasure with their same sex, they are at the bottom rung of the human life. We must call this life perversion or answer to God for blaspheming Him. The world is determined to make moral people ashamed to call this life what it really is. There is a war coming straight out of the liberal political world to cram this moral failure into every public school, every student, into the Church and into your home.

Our God has absolutely declared judgment on anyone in society that does not weep and cry over this perversion. We cannot have God’s favor when we accept such evil against His Name and Truth. “And the LORD said unto him, Go through the midst of the city, through the midst of Jerusalem, and set a mark upon the foreheads of the men that sigh and that cry for all the abominations that be done in the midst thereof.” (Ezekiel 9:4) Where are the Ministers and Church Elders, not to ignore the members, that are crying and sighing over this horrible abomination in America?

This depth of perversion destroys the fiber of any nation or people. God created us as moral people in His own image. Someone claiming they were born with a homosexual character may indeed be right, but only is it so in the Adamic nature of sin. A child born in a home with no moral values may have all kinds of imagination for sinful living. Every lifestyle contrary to the Bible comes from the sin nature. Nothing but Christ’s Blood can cleanse men from these possibilities.

The Obama presidency promoted homosexuality from the first day. The White House webpage declared this intent the night of his arrival to occupy our sacred National Capitol. The staff of his administration is loaded with this perversion. President Obama’s base of supporters are the worse possible citizens of America. When you see him and Biden acting insane in debate, they are appealing to people that love low living.

A special webpage entitled “Presidential Appointments Project” has promoted appointments to the Obama staff and brag that there are over 250 Gay, Lesbian, Bisexual and Transgenders that have received appointments. Click here to visit that site: “http://www.glli.org/presidential” They state that this president has appointed more known homosexuals than all previous Presidents combined.

President Obama proclaimed June of this year, 2012, “Lesbian, Gay, Bisexual, and Transgender Pride Month”. They had a big celebration in the White House. Shortly after the party with Obama, pictures began to appear on the internet. The proud Homosexuals had taken photos of themselves under President Reagan’s White House picture making obsene gestures to our beloved deceased President. Decency hardly exists among people whose lives are lived in the moral gutter.

Apostle Paul left no doubt that the homosexual life is vile. “Professing themselves to be wise, they became fools, And changed the glory of the uncorruptible God into an image made like to corruptible man, and to birds, and fourfooted beasts, and creeping things. Wherefore God also gave them up to uncleanness through the lusts of their own hearts, to dishonour their own bodies between themselves: Who changed the truth of God into a lie, and worshipped and served the creature more than the Creator, who is blessed for ever. Amen. For this cause God gave them up unto vile affections: for even their women did change the natural use into that which is against nature: And likewise also the men, leaving the natural use of the woman, burned in their lust one toward another; men with men working that which is unseemly, and receiving in themselves that recompence of their error which was meet.” (Romans 1:22-27) This language is Holy Ghost language and anyone tolerating the opposite will answer in Judgment.

History is replete with nations that mistakenly allowed moral failure to consume their citizens. No society has ever survived with a rotten moral foundation. “If the foundation be destroyed what shall the righteous do?” (Psalms 11:3) The church world has joined their unholy crowd in accepting the same-sex mindset. The only way this happened is because they were never “Born Again” to a new life in Christ.

THE GIFT TODAY IS A BOOKLET ENTITLED, “SAME-SEX MARRIAGE, DEFILING THE MARRIAGE SUPPER OF THE LAMB”, free to all that write or call. We have finished preparing a notebook entitled, “THE WAR OF GOG AND MAGOG”. This is a comprehensive study of this subject like I have always wanted for myself. Every nation involved is identified with historic information. The many things coming from Iran, Egypt, Syria, Russia and Israel, etc. are represented. There are eight articles to help explain these developing events. It has been done in full color and is 154 pages. Everything we do is fully guaranteed with our money back promise. We are here to bless, not make money. The notebook will be sent out to you immediately as we want you to be blessed with this information. (Notebook $29.95, Email without notebook cover $15.00) Call 1 800 338 7884 or 1 704 391 0588. Email us at secretary@pawcreek.org.

5 thoughts on “ALERT! ALERT! AMERICA IS IN JEOPARDY!!! THE ABOMINATION AND OBAMANATION OF SAME-SEX MARRIAGE (Obama appointed over 250 Gays to federal positions and judgeships)”