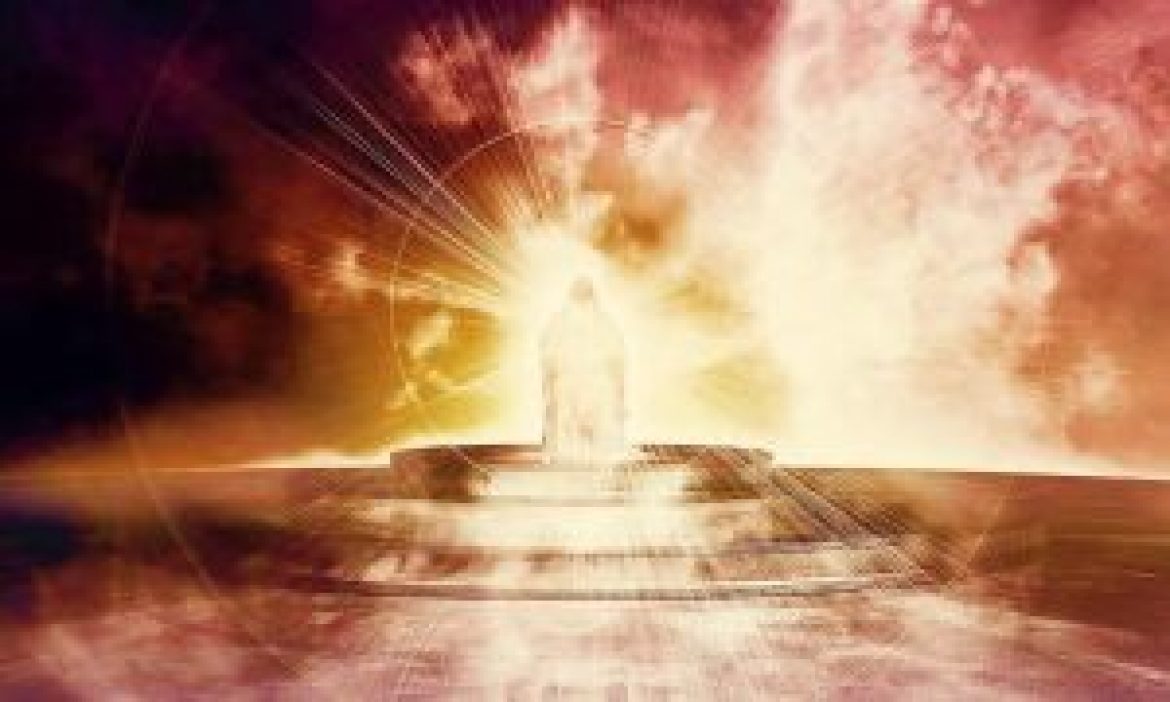 The Glory of Our Heavenly Father

The more time I spend in prayer the greater my Father in Heaven becomes to me. Nothing is more exciting to see than His love for mankind. He truly cares about us. He is not willing that any should die without coming to repentance. (II Peter 3:9) I live by scripture that fills my heart with His promises, like Psalm 103: 1-5:

Bless the Lord, O my soul: and all that is within me, bless his holy name.  Bless the Lord, O my soul, and forget not all his benefits:  Who forgiveth all thine iniquities; who healeth all thy diseases;  Who redeemeth thy life from destruction; who crowneth thee with lovingkindness and tender mercies;  Who satisfieth thy mouth with good things; so that thy youth is renewed like the eagle’s.

If you will allow your heart to think of eternity in His presence the Christian life becomes a joy. I love many passages like this one below:

Great is the Lord, and greatly to be praised in the city of our God, in the mountain of his holiness. Beautiful for situation, the joy of the whole earth, is mount Zion, on the sides of the north, the city of the great King.  God is known in her palaces for a refuge.

I am presenting here a chapter from an unpublished book I have written. The title of this chapter is “John the Revelator Saw the Father on His Throne.”

WOE TO THE MAN OR WOMAN THAT REJECTS THE LITERAL FUTURISTIC VISION THAT GOD OUR FATHER GAVE TO THE APOSTLE JOHN. He saw one great scene after another, each, so perfectly visible that he could paint a picture with words. As the future section of this Masterpiece opened before the Revelator, he saw the Father on His Throne. In the first verse of this Book, the Holy Spirit said, “The Revelation of Jesus Christ, which God gave unto Him…” (Revelation 1:1) The Father gave this vision to His Son and the Son gave it to the Apostle John. I’m saying to all that read and warning you, “Woe to the person that would dare call the Father‘s Revelation to His Son anything less than literal and glorious.” The Father is the author of this, “Masterpiece and I tremble before this Infallible truth”.

The future sections starts in Chapter Four and here is how the drama opened: “After this I looked, and, behold, a door was opened in heaven: and the first voice which I heard was as it were of a trumpet talking with me; which said, Come up hither, and I will shew thee things which must be hereafter. And immediately I was in the spirit: and, behold, a throne was set in heaven, and one sat on the throne. And he that sat was to look upon like a jasper and a sardine stone: and there was a rainbow round about the throne, in sight like unto an emerald.” (Revelation 4:1-3) This vision of God the Father on His Throne is majestic beyond words or human description. The excellency of jewels of the rarest quality is employed by John to give us a glimpse into this glory. John did not see the face of God because he could not live with a full view of such Divinity. The splendor of this scene leaves us with unfailing reverence for our Creator and His future plans. The Father was preparing John to understand a perfectly designed ending of redemption. Everything from this point had to be given to the Church so we would never despair for the future.

The great Jehovah God is seated on His throne in the celestial heavens and is fully prepared for the heavenly court. Over six thousand years have passed since a serpent possessed by Lucifer walked into the garden and deceived God’s perfect couple, Adam and Eve. From the venom of lies in the garden, sin has touched every offspring of Adam. The upheaval of the earth by the Noahic flood left its scars on a sin-cursed earth. There is not one element of the created world unspoiled by the flood of evil, and it’s now time for redemption. The celestial city of Jerusalem, now in heaven, and its inhabitants are the only untouched geography in the cosmos, and the court will be held in its temple. David must have had a slight view of this seven-year session. “Great is the LORD, and greatly to be praised in the city of our God, in the mountain of his holiness. Beautiful for situation, the joy of the whole earth is mount Zion, on the sides of the north, the city of the great King. God is known in her palaces for a refuge.” (Psalms 48:1-3)

I’m reminded of the words of Apostle Paul when he sought to excite us of God’s love for us: “But as it is written, Eye hath not seen, nor ear heard, neither have entered into the heart of man, the things which God hath prepared for them that love him. But God hath revealed them unto us by his Spirit: for the Spirit searcheth all things, yea, the deep things of God. For what man knoweth the things of a man, save the spirit of man which is in him? even so the things of God knoweth no man, but the Spirit of God.” (I Corinthians 2:9-11)

We know this drama before John had to be seen as future because the saints are here gathered around the throne of God. They are seated on lesser thrones than the Father’s but in positions of heavenly authority. To add to their authority is the description of them, not as saints, but Elders. Look at the perfect wording. “And round about the throne were four and twenty seats: and upon the seats I saw four and twenty elders sitting, clothed in white raiment; and they had on their heads crowns of gold”. (Revelation 4:4)

Understand that these twenty four elders cannot be limited in number but rather seen as the church triumphant. The First Testament church is always described with the term “The Twelve Tribes,” or “The Twelve Patriarchs”. The New Testament Church is seen as “The Twelve Apostles, or Disciples” of our Jesus Christ. Together, the twenty-four elders are the Raptured Saints prepared for their role in every event from the Rapture until they inherit the city of New Jerusalem. The city will reflect the same twenty Four elders with the Apostles name on the twelve foundations and the twelve Tribes of Israel on the twelve Gates of Pearl leading into the city. Everything about this scene of our Father on His Throne is future and cannot be imagined in the present church world. Listen and look as John describes what he saw: “And out of the throne proceeded lightnings and thunderings and voices: and there were seven lamps of fire burning before the throne, which are the seven Spirits of God. And before the throne there was a sea of glass like unto crystal: and in the midst of the throne, and round about the throne, were four beasts full of eyes before and behind.” (Revelation 4:5-6)

Reading the details of this picture before John is awesome and designed to fill us with the fear of God. Not a fear of dread but the emotion of sweet reverence that causes us to want to be there. Revelation was never meant to be scary or intimidating. Our Father is Sovereign and Omnipotent, but tender and merciful. His longing for us is far greater than we are capable of longing for Him.

The most powerful subject in Holy Scripture is, “YE MUST BE BORN AGAIN”. Yet it is so reduced in today’s Church that the majority of Church members do not know the transformation that occurs. If a person is “BORN AGAIN” they are “New Creatures In Christ”. Please take time to listen to the Sermons I am preaching on this subject. “For after that in the wisdom of God the world by wisdom knew not God, it pleased God by the foolishness of preaching to save them that believe.” (I Corinthians 1:21) God’s plan for saving souls is the preaching of the Gospel and there is no backup plan.