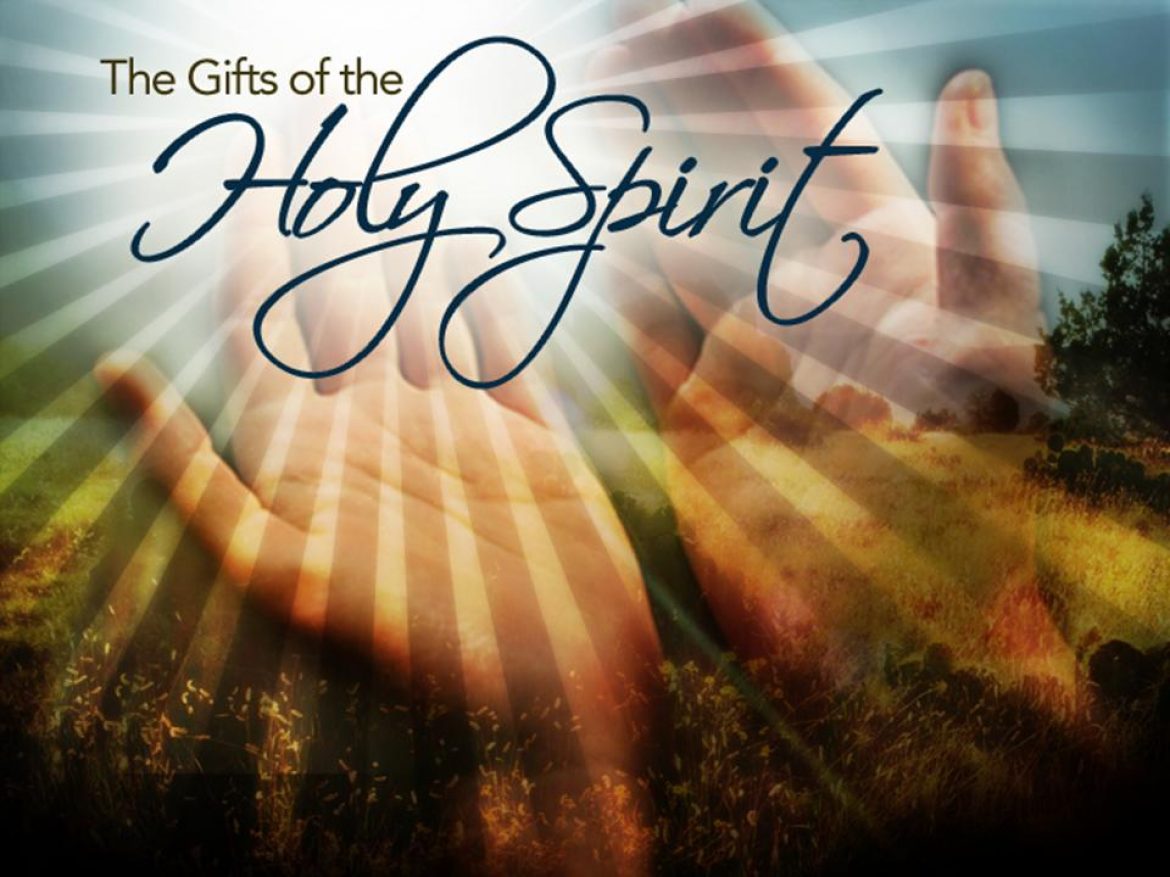 The Holy Ghost and Fire

3 Wherefore I give you to understand, that no man speaking by the Spirit of God calleth Jesus accursed: and that no man can say that Jesus is the Lord, but by the Holy Ghost.

4 Now there are diversities of gifts, but the same Spirit.

5 And there are differences of administrations, but the same Lord.

Where has the mighty movement of the Spirit gone? Why did it disappear from our midst? In my 62 years as a Pentecostal minister and pastor I have seen maybe 25 ministers used by the gifts of the Holy Ghost. Often they appear light and weak. Nothing was happening that appeared supernatural. It certainly has no “Pentecost Day” explosion as we see in Acts 2 or 3 or 4 or anywhere in the Book of Acts.

Note what Jude said in his short epistle: “Beloved, when I gave all diligence to write unto you of the common salvation, it was needful for me to write unto you, and exhort you that ye should earnestly contend for the faith which was once delivered unto the saints.” (Jude 3) There must have already occurred a weakening of the Holy Ghost activity. I believe it is ordained of God to have a recurring of an outpouring very much as the “Day of Pentecost.” Is He is going to rapture a whimpering church or a Holy Ghost baptized church? Asking the saints to openly weep or sob for a new fresh move is mainly a waste of time. Most preachers are too busy with their carefree life.

I’m not willing to give up my consecration until I see a mighty move of God. I may be old but I’m not blind and I do not like what I see in our churches. I do not want an emotional shout unless it is following a Holy Ghost visitation. The present day church is so far from the gifts of Apostle Paul, Apostle Peter, and any other New Testament personality. I want God to step down and shake us out of our sleep.

No man can say that Jesus is the Lord but by the Holy Ghost. (I Corinthians 12:3b) You cannot know Jesus and be His servant, and son or daughter, except by the Divine Powers resident in the person of the Holy Ghost. He is the only Divine Teacher in this world. Every human teacher or preacher is totally dependent on Him or else your doctrines will be empty, at best, and probably filled with error, at worse. Apostle Paul said it plainly. “But the natural man receiveth not the things of the Spirit of God: for they are foolishness unto him: neither can he know them, because they are spiritually discerned.” (I Corinthians 2:14) Truth comes only by the Spirit of God. 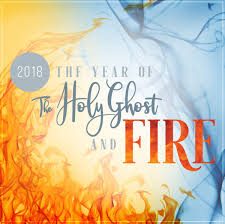 13 Hold fast the form of sound words, which thou hast heard of me, in faith and love which is in Christ Jesus.

14 That good thing which was committed unto thee keep by the Holy Ghost which dwelleth in us.

15 This thou knowest, that all they which are in Asia be turned away from me; of whom are Phygellus and Hermogenes.

Nothing in this world can bless you like the anointed Word of God. When truth is dispensed by the power of the Holy Ghost gifts, it is sweet to the spiritual taste and marrow to the bones. This is why the Bible states, “…it pleased God by the foolishness of Preaching to save them who believe.” (I Corinthians 1:21b) The word, “foolishness” is used only because the Holy Spirit is drawing attention to the way the world looks at preaching in the Biblical model. We know that there is very little preaching after this style or model today. Preachers call themselves teachers because it is their excuse for not being anointed. All kinds of fleshly music and styles are being used since spiritual death has to be covered by deliberate high sounding nonsense.

A church without the supernatural is a club, not a House of God. The American church has slipped into a post-Biblical model trying to accommodate the world, and in the process has driven the Holy Ghost out. He will not remain where He is quenched, grieved, resisted and blasphemed. The works or manifestation of the Holy Ghost is the heart of the Bible. Jesus is Lord but the Holy Ghost is His manifest presence. Please note how Apostle Paul begins His teaching about the supernatural gifts. “ Now there are diversities of gifts, but the same Spirit. And there are differences of administrations, but the same Lord. And there are diversities of operations, but it is the same God which worketh all in all. But the manifestation of the Spirit is given to every man to profit withal.” (I Corinthians 12:4-7) This is a picture of the Trinity acting in unison to transform His Church into a Powerhouse for the Kingdom. 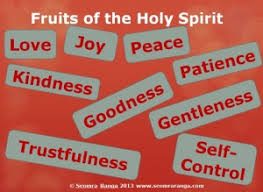 11 And when they bring you unto the synagogues, and unto magistrates, and powers, take ye no thought how or what thing ye shall answer, or what ye shall say:

12 For the Holy Ghost shall teach you in the same hour what ye ought to say.

I love that last verse I just printed, “But the manifestation of the Spirit is given to every man to profit withal.” (I Corinthians 12:7) This powerful truth is for everybody in the Body of Christ. Anyone that tries to say these supernatural powers have ended is playing with their soul. It’s close to blasphemy to suggest God no longer gives supernatural powers to His Church. This is exactly why the Jewish world rejected Jesus Christ when He came the first time. You will notice that the present church world has almost totally rejected the Book of Revelation because you cannot believe that Book and deny the powers of God revealed in a literal visitation of the Holy Ghost.

Let’s just deal with the first gift named in this Twelfth Chapter of I Corinthians. “For to one is given by the Spirit the word of wisdom…” (I Corinthians 12:8a) When you stop to listen and learn what goes for wisdom today, it is easy to see how desperate we are for His Wisdom. The early church “Turned the world upside down,” (Acts 17:6), because of this wisdom that guided their every move. Look at Apostle Peter when the Lord turned the early church into a Jewish/Gentile movement and eliminated the war between these two factors.

You must note how the Holy Ghost spoke wisdom to Peter and sent this hard-nosed Jew into the home of a Roman Centurion. “On the morrow, as they went on their journey, and drew nigh unto the city, Peter went up upon the housetop to pray about the sixth hour: And he became very hungry, and would have eaten: but while they made ready, he fell into a trance, And saw heaven opened, and a certain vessel descending unto him, as it had been a great sheet knit at the four corners, and let down to the earth: Wherein were all manner of four-footed beasts of the earth, and wild beasts, and creeping things, and fowls of the air. And there came a voice to him, Rise, Peter; kill, and eat. But Peter said, Not so, Lord; for I have never eaten any thing that is common or unclean. And the voice spake unto him again the second time, What God hath cleansed, that call not thou common. This was done thrice: and the vessel was received up again into heaven. Now while Peter doubted in himself what this vision which he had seen should mean, behold, the men which were sent from Cornelius had made inquiry for Simon’s house, and stood before the gate…” (Acts 10:9-17) What a breathtaking picture of the Holy Ghost speaking Words of wisdom to this Godly Apostle. This is repeated in the Bible a multitude of times. We need this wisdom to rightly understand their wisdom from the Holy Ghost. 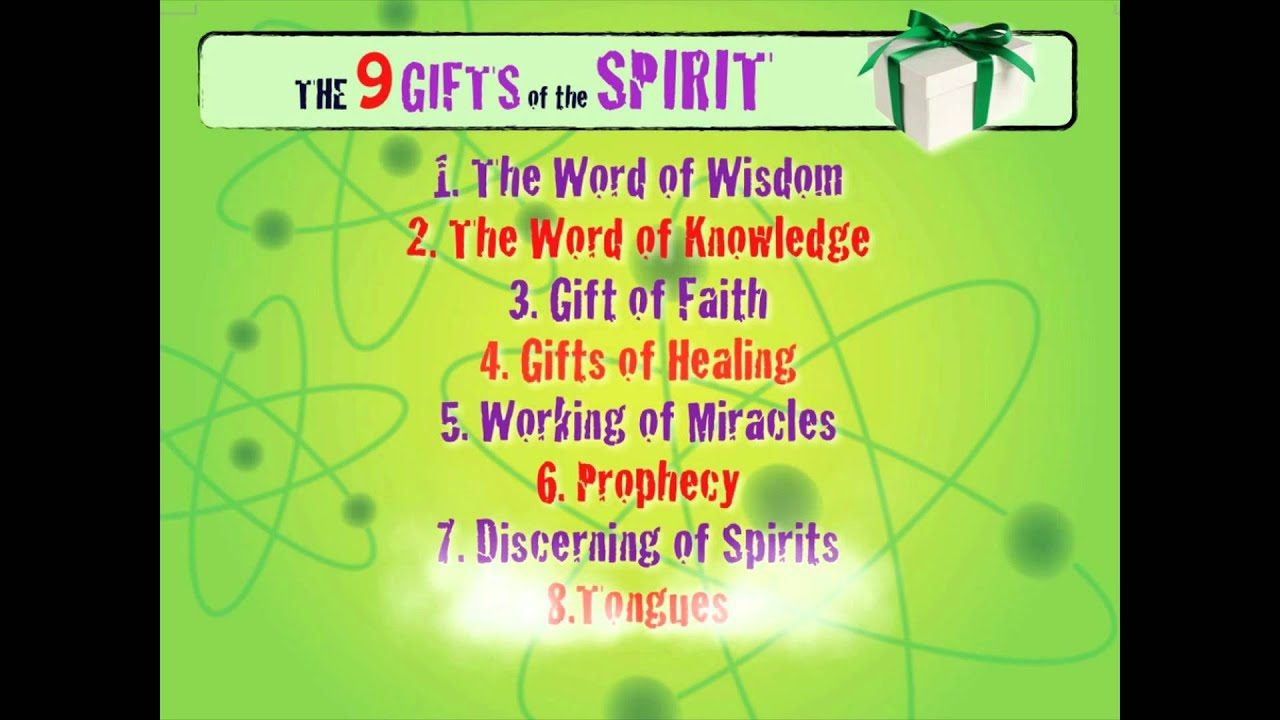 14 For by one offering he hath perfected for ever them that are sanctified.

15 Whereof the Holy Ghost also is a witness to us: for after that he had said before,

16 This is the covenant that I will make with them after those days, saith the Lord, I will put my laws into their hearts, and in their minds will I write them;

As we continue to understand these supernatural gifts it’s so important that we also know what kind of saints our Father uses. This is not a world for Christians that are not disciplined to Godliness. Nothing is worse than a carnal Christian claiming and trying to operate Holy Ghost gifts. Apostle Paul said right in the midst of I Corinthians, “…when I became a man, I put away childish things.” (I Corinthians 13:11b) This is not the world of careless living. Our Father said, “Know ye not that ye are the temple of God, and that the Spirit of God dwelleth in you? If any man defile the temple of God, him shall God destroy; for the temple of God is holy, which temple ye are.” (I Corinthians 3:16-17) Let’s grow up in maturity and walk in the light of a Divine surrender.