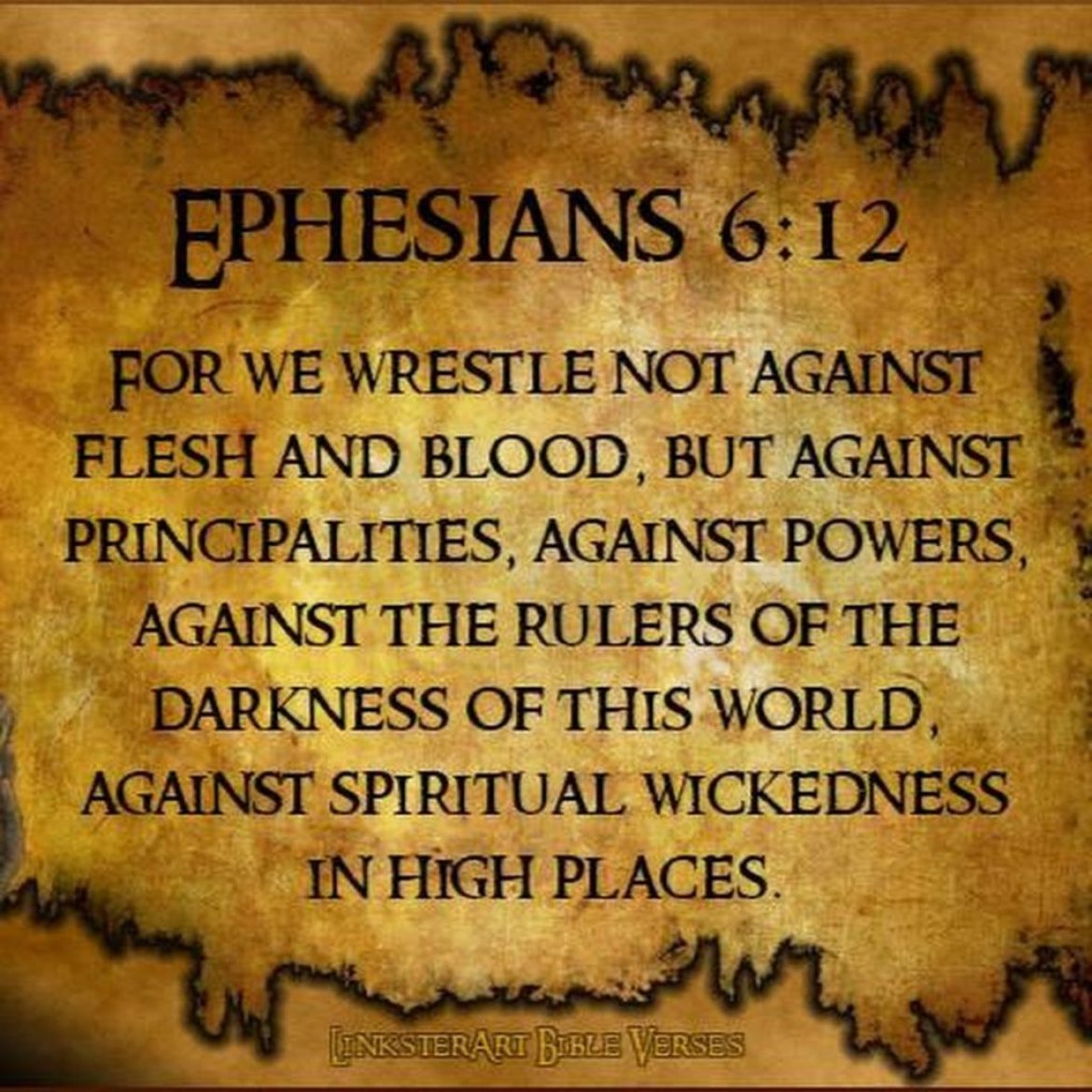 Spiritual Wickedness: A Crisis in the Church

7 Remember, I pray thee, who ever perished, being innocent? or where were the righteous cut off?

8 Even as I have seen, they that plow iniquity, and sow wickedness, reap the same.

9 By the blast of God they perish, and by the breath of his nostrils are they consumed.

The Crisis in the Church

1.    Our younger generation is taught to be all personality without substance.
2.    They are driven by emotions not the Holy Ghost.
3.    They see success as the driving force but not the gripping will of God.
4.    Filling the mind with knowledge has replaced filled the mind with the Bible.
5.    They want the protection of guns not the protection of angels.
6.    Judgment of others has replaced the discernment of the Holy Spirit.
7.    Personality name dropping has replaced a deep abandonment to knowing God in a personal manner.
8.    We seek many sources of wisdom and forget the nine supernatural gifts of the Holy Ghost.

Identifying “spiritual wickedness” is not always easy. It has to be seen from a totally Biblical perspective or it becomes judgment instead of discernment. The Biblical order of discernment must be connected to restoration and forgiveness. The Holy Ghost never discerns to destroy someone unless they have passed the point of no return. We must hunger to see the person caught in error returned to a place of wholeness. Jesus Christ came not to condemn but to save.

This bondage by the antichrist spirit world has reached a level that guarantees God’s judgment must be at hand. Remember those words of our Lord in St. Matthew chapter twenty-four, “And because iniquity shall abound, the love of many shall wax cold. But he that shall endure unto the end, the same shall be saved.” (Matthew 24: 12-13) The level of deception is so intent and even beyond the discernment in the church that survival is scary. Men and women that have been “rocks” of spiritual courage are being deceived. Many are wondering if the church can survive. Our enemies are declaring the end of Biblical Christianity.

The only possible answer is the powers given to the evil design of the Antichrist to invade the world with strongholds. We used to see a person occasionally that was bound with bondages of unbelief or some unbiblical idea. Now it is like the whole world is off in some confused state. There are multitudes of excuses or arguments against Biblical living. Seeing souls weeping at the altar of repentance and arising a new person has become rare.

The Lord stated how dark and wicked the world would be just before He comes for His saints. “And ye shall be betrayed both by parents, and brethren, and kinsfolks, and friends; and some of you shall they cause to be put to death. And ye shall be hated of all men for my name’s sake.” (Luke 21:16-17) Families that were once bound together in faithfulness to share their burdens are being torn apart. Little differences become excuses of hatred. Most of the church world has forgotten, “…charity shall cover the multitude of sins.” (I Peter 4:8b) Strongholds of Satan are always full of self, selfishness, and self love. Look at every action that separates you from your church family or your personal family and every time you will see “self” with a capital “S.”

The Strongholds of Hell Have Never Been So Blatant 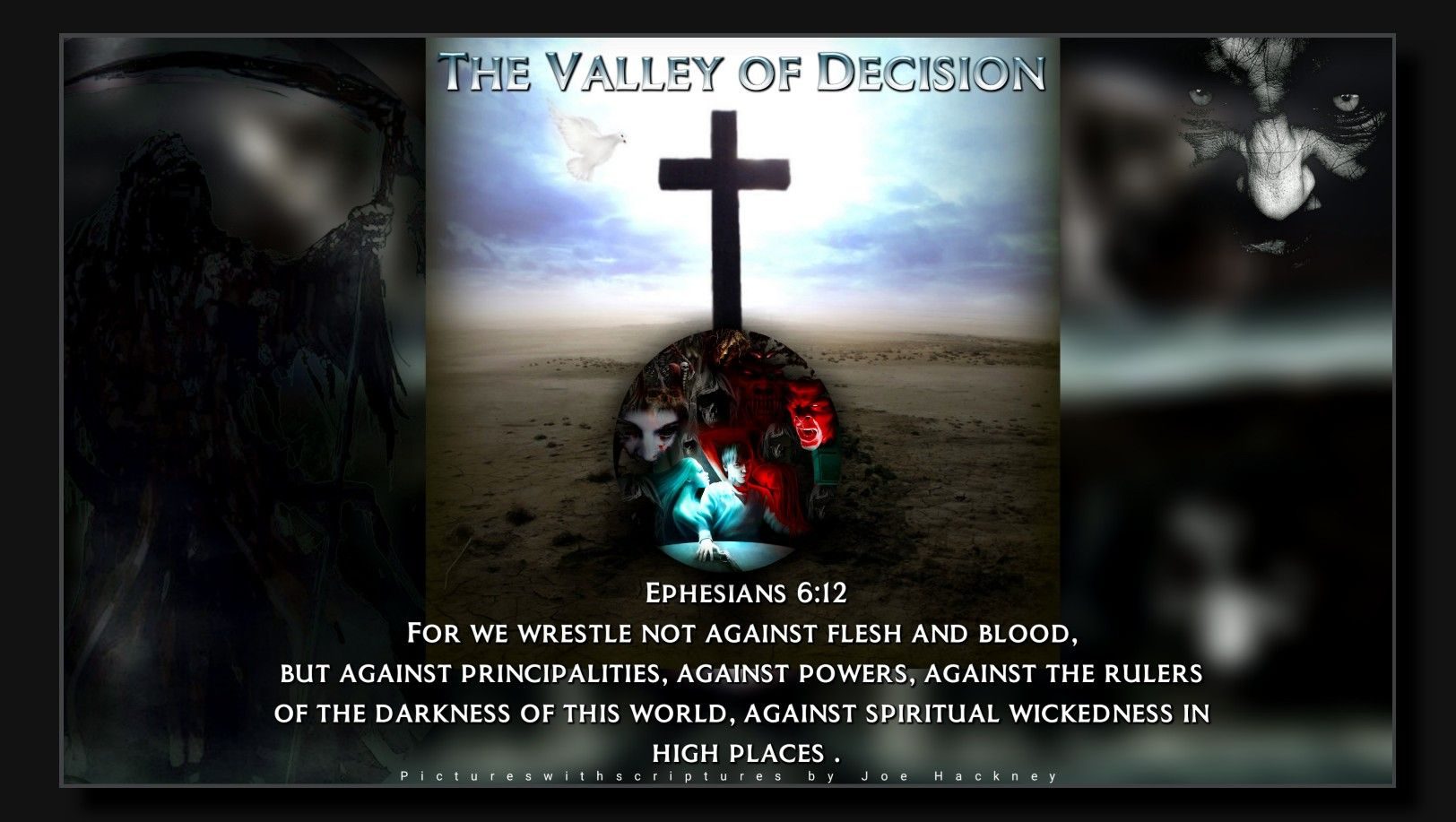 21 They gather themselves together against the soul of the righteous, and condemn the innocent blood.

22 But the Lord is my defence; and my God is the rock of my refuge.

III. How to Recognize Your Stronghold in Your Relationship With the Father, the Son, and the Holy Ghost. (A) Worshipping until your soul is in rapture is no longer possible. (B) Excitement and ecstasy over the soon return of Christ is gone. (C) Once the House of God was close to Heaven, now it is a burden. (D) The Pastor and First Lady were two people for whom you would demand respect. That’s over. (E) Working freely for the Kingdom of God or giving until it hurts is a past joy.

Losing the fires of Godly living is the sad state of a multitude in our church world. The enemy has slowly and methodically stolen the great hope of Jesus Christ from these lives. While they may still attend a church, they only profess what they once loved. The Bible speaks of this sad state. Simon Peter actually said this in his position as one of the twelve apostles. “For if after they have escaped the pollutions of the world through the knowledge of the Lord and Saviour Jesus Christ, they are again entangled therein, and overcome, the latter end is worse with them than the beginning. For it had been better for them not to have known the way of righteousness, than, after they have known it, to turn from the holy commandment delivered unto them. But it is happened unto them according to the true proverb, The dog is turned to his own vomit again; and the sow that was washed to her wallowing in the mire.” (II Peter 2:20-22) 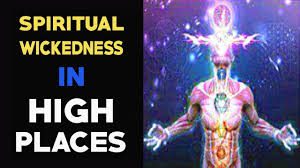 20 But Peter said unto him, Thy money perish with thee, because thou hast thought that the gift of God may be purchased with money.

21 Thou hast neither part nor lot in this matter: for thy heart is not right in the sight of God.

22 Repent therefore of this thy wickedness, and pray God, if perhaps the thought of thine heart may be forgiven thee.

23 For I perceive that thou art in the gall of bitterness, and in the bond of iniquity.

Unless we understand that Satan is on his final barrage, we will allow ourselves to be in grave danger. While we are yet on the hopeful side of the Rapture and Satan’s final seven years of his One World Order, he is desperate. You cannot look at the slaughter of the unborn and the rise of sodomy and its dark “Rainbow Coalition” without seeing the final picture. The slaughter house of Planned Parenthood has now been exposed for selling baby parts on the open market. Our world is so close to hell that you can almost smell the smoke.

Why do we forget great warnings like Apostle Paul said would occur in the last (last of the last) days. “This know also, that in the last days perilous times shall come. For men shall be lovers of their own selves, covetous, boasters, proud, blasphemers, disobedient to parents, unthankful, unholy, Without natural affection, trucebreakers, false accusers, incontinent, fierce, despisers of those that are good, Traitors, heady, highminded, lovers of pleasures more than lovers of God; Having a form of godliness, but denying the power thereof: from such turn away.” (II Timothy 3:1-5) As you read these words, you can see the powerful effect of the strongholds that Satan has taken the church world captive.

Please note two powerful verses, one before and one after, in the warning above. This reveals the presence of Satan and his demons in these strongholds. The preceding verse says, “And that they may recover themselves out of the snare of the devil, who are taken captive by him at his will.” (II Timothy 2:26) The verse after this warning reveals the spirit world and calls these spirits “creepy spirits,” clearly demons. “For of this sort are they which creep into houses, and lead captive silly women laden with sins, led away with divers lusts.” (II Timothy 3:6) These warnings make these strongholds what they really are, “the powers of hell” taking the world and the church captive.

Our wicked secular world is nothing but a picture of what has happened to the church world. The mighty Holy Ghost flowing out of a Bible-centered House of God is the only hope of the world. The early church was accused of “turning the world upside down.” Of course to the church that means turning the world right side up. Our present church is utterly bound by Satan’s strongholds. The modern church leaders are possessed by the pleasures of the world. Even churches that claim conservative values know almost nothing of Holy Ghost power.

You Can Break the Spell on Your Life

The dynamic powers of the Word of God, the victorious cross, and the Holy Ghost are not one iota weakened. They are three dynamic forces that Satan can never defeat. “For there are three that bear record in heaven, the Father, the Word, and the Holy Ghost: and these three are one. And there are three that bear witness in earth, the Spirit, and the water, and the blood: and these three agree in one. If we receive the witness of men, the witness of God is greater: for this is the witness of God which he hath testified of his Son.” (I John 5:7-9) Daniel by the Spirit looked right down to this hour. Here is what the Holy Ghost said, “And such as do wickedly against the covenant shall he corrupt by flatteries: but the people that do know their God shall be strong, and do exploits.” (Daniel 11:32) 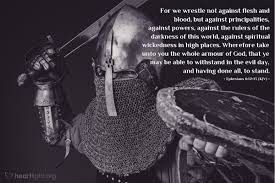 There is no victory in self life. The only hope of any person is found in the great Book of Romans. Many call this book the “Romans Road,” but pick and choose what applies. Here is the heart of the book that absolutely promises victory over the world, the flesh, and the devil. “For they that are after the flesh do mind the things of the flesh; but they that are after the Spirit the things of the Spirit. For to be carnally minded is death; but to be spiritually minded is life and peace. Because the carnal mind is enmity against God: for it is not subject to the law of God, neither indeed can be. So then they that are in the flesh cannot please God. But ye are not in the flesh, but in the Spirit, if so be that the Spirit of God dwell in you. Now if any man have not the Spirit of Christ, he is none of his.” (Romans 8:5-9) This is perfect victory over the strongholds of hell. Satan does not have a clue of defeating a Spirit-filled life.

This final verse is the victory you can enjoy while you watch the destruction everywhere. “But if the Spirit of him that raised up Jesus from the dead dwell in you, he that raised up Christ from the dead shall also quicken your mortal bodies by his Spirit that dwelleth in you.” (Romans 8:11) This quickening of the Holy Ghost is the sweetest life on earth. The Spirit is the mighty power of the Father and the Son, and all the redemptive powers of Calvary are vested in Him. Self is spelled today with a capital “S.” Self life must be defeated or you remain subject to Satan’s stronghold. Apostle Paul said, “I am crucified with Christ: nevertheless I live; yet not I, but Christ liveth in me: and the life which I now live in the flesh I live by the faith of the Son of God, who loved me, and gave himself for me.” (Galatians 2:20) Hallelujah can be your song if you surrender to Jesus Christ