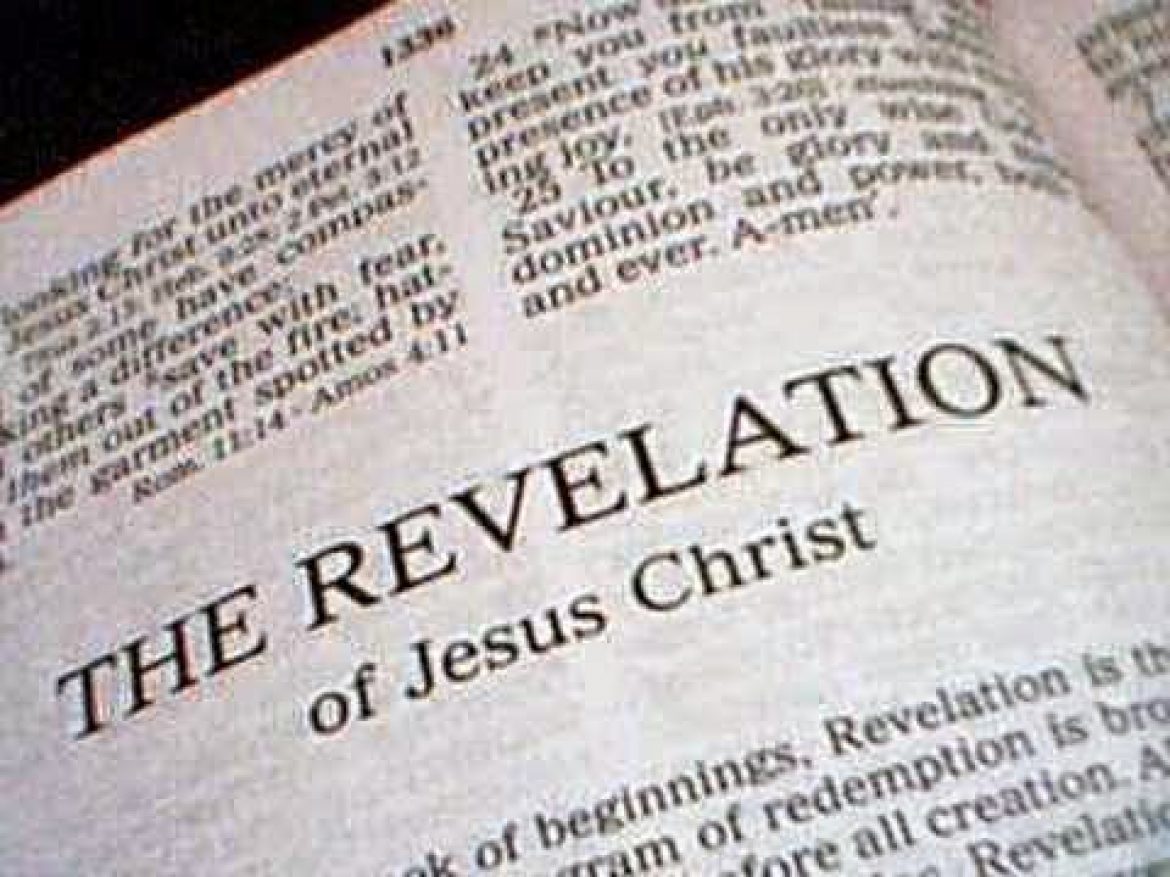 The Church of the Bible is a great institution that Satan cannot defeat. Yes, he can attack and he does but always loses in the end. Right now we are facing one of the church’s greatest struggles. A sovereign move is about to change all of that.

Here is a list of the five pictures of the church in the Book of Revelation:

The New World Religion Called “The Great Whore” is here. To a Bible believing person it is an ugly sight. Rock, Hip-Hop, or Funky music of different fads, lights flashing, the aisles filled with zombies and the Holy Ghost blasphemed. The description of this false religion grows more graphic every day. The Bible called its leader or leaders beasts or false prophets in the Biblical scene or drama John was given in Revelation chapter seventeen. After these “Lying Prophets” receive power from the Antichrist and great acceptance and worship from the world population, this New World Religion becomes a mammoth force. It is then called the Great Whore and is seen on top riding a “scarlet-colored beast, full of names of blasphemy…” (Revelation 17:3). Let’s look carefully at John’s description.

“Come hither; I will shew unto thee the judgment of the great whore that sitteth upon many waters: With whom the kings of the earth have committed fornication, and the inhabitants of the earth have been made drunk with the wine of her fornication. So he carried me away in the spirit into the wilderness: and I saw a woman sit upon a scarlet coloured beast, full of names of blasphemy, having seven heads and ten horns. And the woman was arrayed in purple and scarlet colour, and decked with gold and precious stones and pearls, having a golden cup in her hand full of abominations and filthiness of her fornication: And upon her forehead was a name written, MYSTERY, BABYLON THE GREAT, THE MOTHER OF HARLOTS AND ABOMINATIONS OF THE EARTH. And I saw the woman drunken with the blood of the saints, and with the blood of the martyrs of Jesus: and when I saw her, I wondered with great admiration” (Revelation 17:1b-6).

Please note her characteristics and vileness.

Nothing is as vile as religion that has lost its way and departed from purity and holiness. There have been dark moments in the past when this has happened. Jesus came at a time when the Jewish religion was a botched form of greed and selfishness. He walked into the temple with a whip and drove out the temple-evangelists. The Reformation came after a thousand years of Madonna-worship, indulgences (buying sin-rights from the priest in advance), and distorted communion called the mass. Again, the Holy Spirit drove out the priests and the popes and the Gospel was heard by millions. Very soon, religion will be more vicious and vile than ever before and multitudes will either worship a false god or will be tortured and slain. The Son of God will arrive on schedule to cleanse this earth of the last religious deception and He will be installed as King, Prophet, and Priest.

Never before have church leaders been so intent on unifying all varying expressions of religion. It’s like a mad dash into the very spirit of Babylonian confusion. The World Council of Churches met some years ago in Australia. A leader, Nicholas Lossky, was asked by a television journalist, “How close are we to church unity?” His answer was, “Only God can answer that, we must do whatever we can for unity: but only God can decide to produce the event.” The same article that recounted this exchange stated, “Church unity is listed first among the WCC’s functions and purposes in its constitution.” The same article then mentioned a session on unity which included Deegalle Mahinda, a Buddhist monk from Sri Lanka. (Assembly Line, World Council of Churches, Seventh Assembly, Wednesday, February 13, 1991.)

“A New World Religion” fads are present in every religious idea! THE ISLAMIC FAITH has their view. Every religious entity of significance seems to have some form of expectancy toward a New World Religious Order. The Islamic (Moslems or Muslims) faith is promoting a World Constitution that is rooted in the Quran theology. They are probably the fastest growing religion in the world and now claim over one billion adherents. The very spirit of Islam is especially similar to the stated actions and attitude of the Antichrist in Scripture.

CHARISMATICS/PENTECOSTALS! A large portion of the Charismatic/Pentecostal world is going crazy over Kingdom Dominion theology. This is best described as a revived form of post-millennium, although differing on many major theological points. The bottom line is that we are to become an army of saints (called Joel’s Army) to beat back all forces and to establish the Kingdom of Christ on earth. It will be, to those who buy this deception, a world ruled by the church and ready to bring Christ back to earth.

THE CATHOLIC CHURCH! The Catholic Church authorities have worked toward and have expected a New World Religious System for many years. They expect to be at the helm to rule this new temporal religious kingdom. Note these two quotes of 70 and 134 years ago, respectively. “They (Protestants) conveniently forget that they separated from us, not us from them; and that it is for them to return to unity on Catholic terms, not for us to seek union with them, or to accept it, on their terms. Protestantism is rebellion against the authority of Christ vested in His Church. It neither possesses authority, or has any desire to submit to authority. …Protestantism has really proven to be the ally of paganism… All forms of Protestantism are unjustified. They should not exist.” (American (Catholic periodical), January 4, 1941.) “We believe in the triumph of the Catholic Church over infidelity, heresy, schism, revolution, and despotism; over Judaism, Mohammedanism, and heathenism. The restoration of the Pope’s temporal kingdom is necessary to this triumph, and therefore we believe it will be restored.” (The Catholic World, August 1877, Vol. XXV, page 620.)

NEW AGERS! No religious entity is expecting or progressing toward a New World Religion more devotedly than the New Agers. While they represent many strains of thought, they are bound together as a network of loosely connected organizations. There are a few key spokespersons who certainly speak with some degree of unity. Benjamin Creme is one of those key voices. Note his creation of the Great Sign and the description of its meaning. He has continued to suggest since early in the 80’s that “Christ is Here” and ready to be revealed. His latest claims say that he has appeared on several occasions. His Christ is clearly a false prophet.

BIBLE BELIEVERS! True Believers who are willing to endure unto the end will be hated by this religious crowd. If Jesus does not return before this religious order is united, we will be in for dark days of persecution. Faith in the infallible Word of God and the saturation of its wonderful doctrines is imperative. We must know the truth to be free. Don’t fill your mind with any thoughts or ideas except the liberating truths of Scripture. They will prepare you for anything that Satan can cast in your direction. There will be a One World Religion. Maybe we should say, “There is a One World Religion.” Its ultimate position of power will not be fully realized until the Rapture of the Bride. It will ride as a “great whore” upon the back of a New World Order. “So he carried me away in the spirit into the wilderness: and I saw a woman sit upon a scarlet coloured beast, full of names of blasphemy, having seven heads and ten horns” (Revelation 17:3).

While she will reach great heights of world glory and power with the false political systems of Antichrist, he has used her to gain the hearts of the world population, and he will then burn her with fire. John saw this New World Religion go up in flames. “And the ten horns which thou sawest upon the beast, these shall hate the whore, and shall make her desolate and naked, and shall eat her flesh, and burn her with fire” (Revelation 17:16).

Religion is never more than a tool to the great Political Empires. Religious leaders who allow themselves to be tools in building a New World Order are certainly foolish in discerning Biblical events. The most appropriate instruction for this hour is to “Look up, our redemption draweth nigh.” We are waiting in the foyer for the king. Don’t be lazy or slothful. It is an hour for Biblical diligence, fasting and intercession, soul winning and alms giving.