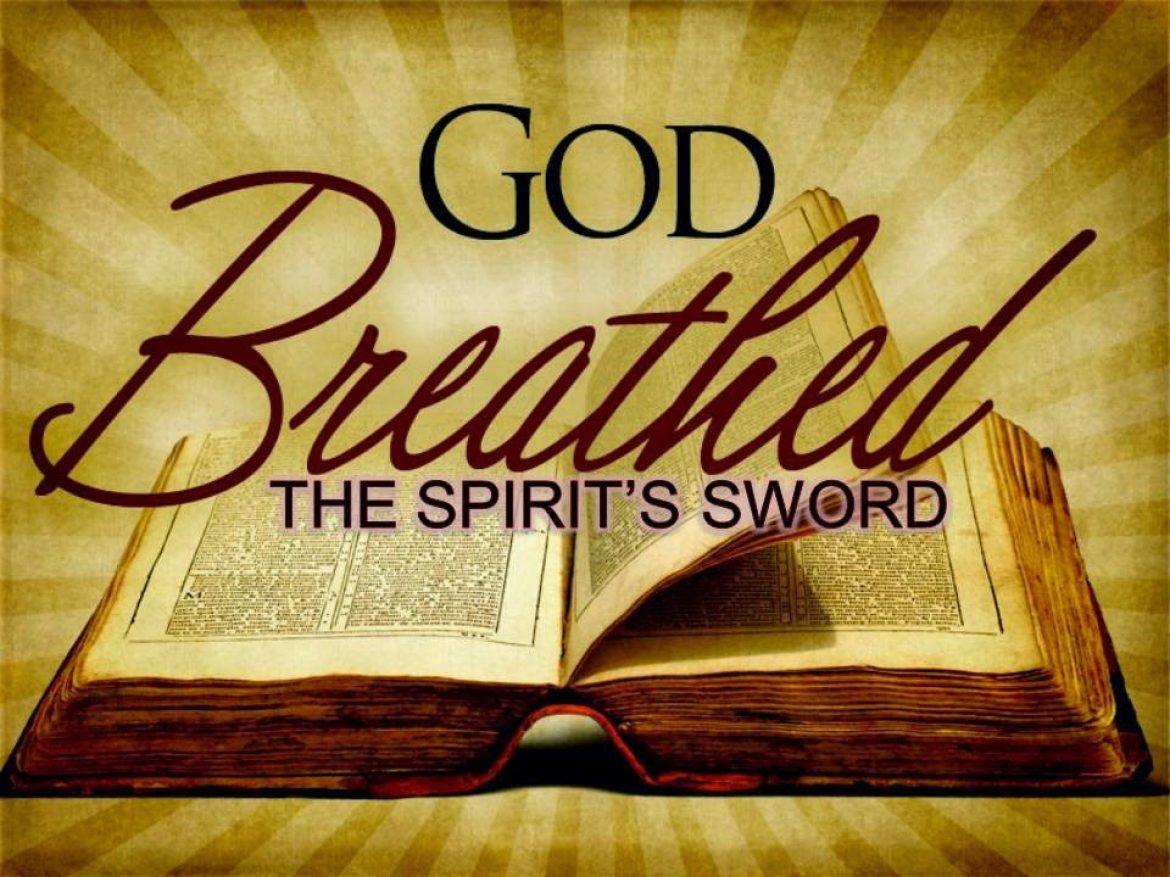 It’s time for our God to move in the power of His Holy Spirit. Every great revival has always seen the Holy Spirit confirming the teaching and preaching of the Holy Bible. That is an absolute sign of a fresh awakening. Nothing moves sinners to return to God like His revelation of power. The sick will be miraculously healed when God is in our midst. They will not need hands on their head when the Spirit is at work.

In an awakening the Holy Spirit takes yielded vessels that are Holy Ghost full and pours miracles through them. The Holy Ghost does not flow around but always acts through Godly men and women. The Holy Spirit uses human temples to magnify the redemptive powers of our Lord Jesus Christ.

The Christian world must become disgusted with the pale religion that fills our pulpits and pews. We need a holy hunger for robust, masculine Christianity that drives us to our knees in search of Holy Ghost boldness. Our consecration to Christ must reach a level of devotion that moves us from the natural to the world of the supernatural. We need to forsake our programs, schemes, and social bondage that we might become instruments completely used of our Sovereign God.

An eminent author of the past said it best, “The creature can offer nothing to God but that which he has first received from Him; and it must of all necessity have the divine and Godly nature both born and living in it to render acceptable worship to God. Anything less than this is the abominable worship of the flesh, seeking to present to God that which comes from carnal self. Can anything reflect light before it has first received it? Can any other light be reflected than that which has been received? Neither can any created being have godly affections except as the divine nature dwells and operates in it. If the man Christ Jesus said, ‘I can of mine own self do nothing,’ how much more is this certain of us.” (The Indwelling Spirit, William Law, edited by Dave Hunt, pp. 17-18.)

It does not matter how much of religion you claim, how many Bible verses you can quote, and how many church-related activities in which you are engaged. Until you move from the world of the natural to the supernatural, you have no more of God than the heathen. Nicodemus was as religious as the best church members in America, but he did not know God. Jesus said, “Ye must be born again” (John 3:7). Our churches and pulpits are filled with unconverted men and women who would be absolutely startled at the descending presence of the Holy Spirit. They have never experienced Him; they are very religious, but they have never experienced God.

Christianity is first and last a life totally different from anything this world offers. Until you have something this world cannot give you, you don’t have God. Until you experience a transformation beyond the counsel of a religious psychologist, counselor, or deliverance deeper than some self-help scheme, you are doing nothing but playing with religion. Because someone tells you to believe in a higher power or because you confess that there’s a man upstairs is very little more than positive thinking. You can temporarily change your emotions by a simple statement in the positive but that is not the life change so powerfully represented in surrender to Jesus Christ and His indwelling Spirit.

Living in the flesh and living in the Spirit are two different worlds. The best your flesh can produce even in a positive vein or mindset is still flesh. Much of religion today is nothing but “positive thinking” under the guise of Christianity. You must constantly pump yourself up to survive. The preachers in most pulpits should be called “cheerleaders,” instead of men of God.

From Oridinary To Extraordinary
As long as we remain ordinary church leaders and members, there will be no real change in our families, friends. and neighbors. When we compare our faith with the spiritual tide of Acts, we look like spiritual pygmies. They turned their world upside down, while we cannot even manage to keep ours right side up. Let’s look at that dangerous Book of Acts for an example of moving from the ordinary to the extraordinary. This is a picture of robust Christianity,

“Now Peter and John went up together into the temple at the hour of prayer, being the ninth hour. And a certain man lame from his mother’s womb was carried, whom they laid daily at the gate of the temple which is called Beautiful, to ask alms of them that entered into the temple; Who seeing Peter and John about to go into the temple asked an alms. And Peter, fastening his eyes upon him with John, said, Look on us. And he gave heed unto them, expecting to receive something of them. Then Peter said, Silver and gold have I none; but such as I have give I thee: In the name of Jesus Christ of Nazareth rise up and walk. And he took him by the right hand, and lifted him up: and immediately his feet and ankle bones received strength. And he leaping up stood, and walked, and entered with them into the temple, walking, and leaping, and praising God. And all the people saw him walking and praising God” (Acts 3:1-9).

Four things were evident in what I’m calling Robust Christianity. One: Here were Christians acting as Jesus taught them to act. They had lived in His presence and surrendered to His will on a level of total dependency. Now, they were acting as He taught them to act. Not only did they act in His name, but confessed that the faith that rescued this man was not their faith but the very faith of Jesus Christ Himself. “The faith which is by Him” (verse 16) was described as the source of faith in them who commanded this miracle. This crowd would never allow themselves to be called a “word of faith” church. They claimed nothing but that provided by Jesus Himself. Not only was their righteousness by faith, but their faith was by faith. They were enabled to believe because they had declared their own complete bankruptcy.

Two: When men are enabled by their total surrender to act biblically, God Himself can act like God. He wants to fulfill every promise in Holy Scripture. Our Father is ready to manifest Himself to this generation but will not act contrary to the Holy Scripture. To suggest, as some do, that He only healed a few choice people or according to a kind of flexible will is an indictment against Him. His provisions are either for everyone or for no one. Don’t frustrate the grace of God. (Galatians 2:21).

This generation has contrived a theological escape for every clear promise of Jesus Christ. We have excuses why some are not healed, why the gifts of the Holy Spirit are not manifest, why the churches are engaged in social programs instead of Holy Ghost activity, and why our ministers fall into all kinds of moral sins, etc. For one reason the manifestation of God is absent and our level of living is beneath the level that allows God to reign in our midst and show His glory to our thirsty souls. The problem is in us.

Three: The third evidence of extraordinary Christianity was the effect on the hurting man begging at the gate. He was enabled to act like he met God, because he did. He had been on the outside looking in (never allowed to enter the temple because of the imperfections in his flesh), but now he moves to the inside looking out. He had no concern for the cold, religious crowd as he entered the temple, “walking, leaping and praising God.” The living God had infused him with abundant life.

Four: Beautiful results are now clearly visible. The fourth evidence of Robust Christianity is a whole city stirred for revival. The author, Luke, writing by Holy Ghost inspiration, calls it, “The times of refreshing…from the presence of the Lord” (Acts 3:19b). This is the constantly recurring theme throughout the dangerous book we call “The Book of Acts of the Apostles.” They lived in the world of the supernatural because they had ceased to accept the limited life of the natural as being normal Christianity.

Rest in the Holy Spirit’s Control
It’s time to rest or cease from the Christianity in man’s control. It has brought the church to its weakest point since the turn of the 20th century. Every work of the true servant of God must be rested for Holy Ghost direction. The apostle to the Gentiles said it best, “For as many as are led by the Spirit of God, they are the sons of God” (Romans 8:14). Any spiritual activity that is under human control is powerless to save. It may build a social club or a religious empire, but it will not build the kingdom of God. It’s wake will be strewed with the confusion of human failure.

The Holy Spirit is calling us to Christ’s church. He stands at the door as the porter to invite and open the door that Christ’s sheep may go in and out to find pasture. All other attempts to build the church are the same as the thief and robber who seek to take that which belongs to another. (John 10:1-5) Modern Pentecostals, Charismatics, and Evangelicals are the present day thieves robbing Christ’s church and Jesus Christ Himself of the glory which He cannot share. When we cease our thievery and enter into total obedience, His glory will once again appear. “He shall come down like rain upon the mown grass” (Psalms 72:6).