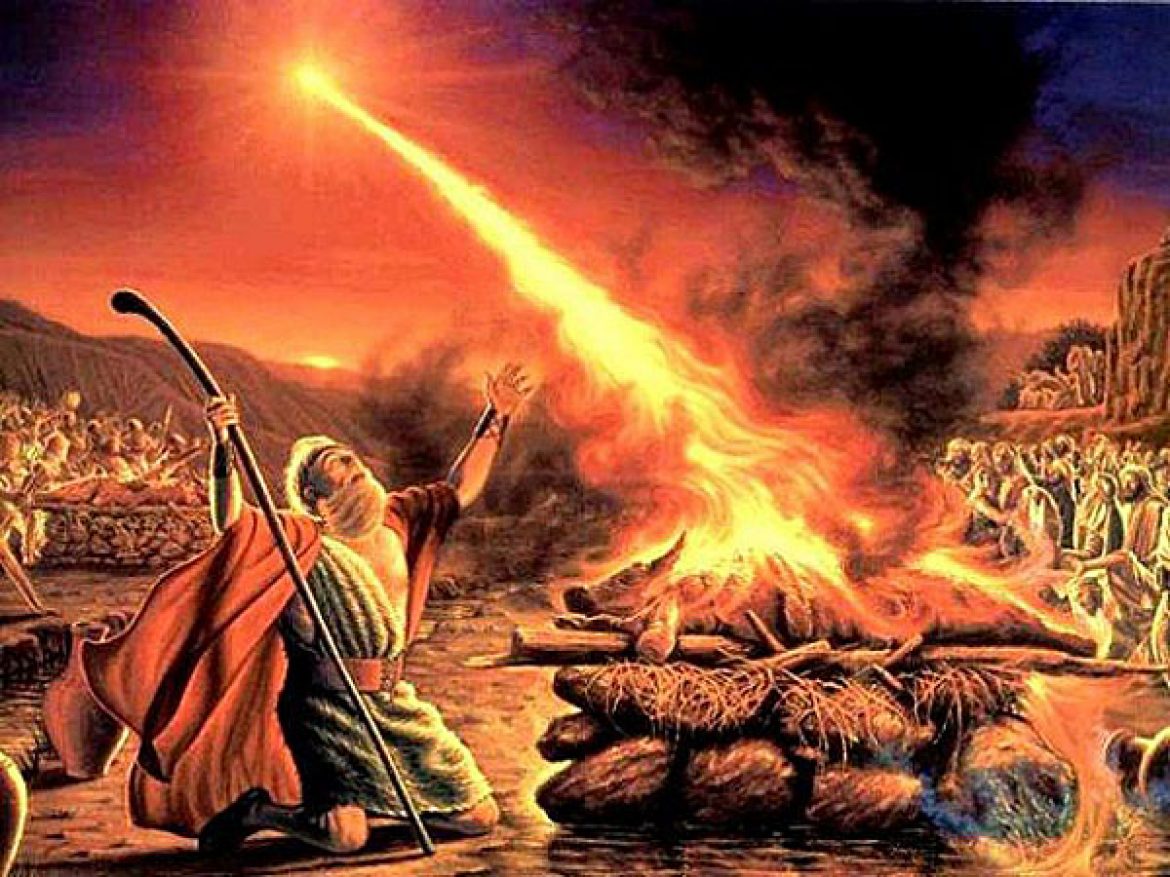 Church: The Bedrock of Society

The House of God is a Biblical fact from the dawn of the world. The first mention of faith and truth in a place of the world started with Adam and Eve. Listen to the Apostle Paul give a record of true faith manifested in worship in Hebrews chapter of faith. It did not start with the Father of Faith but an obscure son of Adam. “By faith Abel offered unto God a more excellent sacrifice than Cain, by which he obtained witness that he was righteous, God testifying of his gifts: and by it he being dead yet speaketh.” (Hebrews 11:4)

God’s House may be a tent, a brush arbor, a dedicated place in the woods, or a lovely sanctuary of beauty. None of that matters except it must have an altar. That is always the center of worship. Not ever is a pulpit to be established without an altar. That has to exist for a blood offering to be offered to God. The prophecy of Ezekiel to be fulfilled (yet future) has an altar from which the river will flow. “Afterward he brought me again unto the door of the house; and, behold, waters issued out from under the threshold of the house eastward: for the forefront of the house stood toward the east, and the waters came down from under from the right side of the house, at the south side of the altar.” (Ezekiel 47:1) Our Father has always had a place for His sons and daughter to worship Him. The House of God is central to our Bible.

I have parts of an old book, very old, where the Presbyterians at Paw Creek conducted a camp meeting in a brush arbor. The record records over 10,000 people in attendance. It records a story of an offended neighbor who rode his horse into the camp to oppose the meeting. It is said that the Spirit knocked him off of his horse and he could not recover from his fall until he repented of his sin and experienced a “born again” condition. The meeting was no different from what happens every time when “God shows up.”

Moses and the great mass of Israel coming out of Egypt were quick to invite God in the midst. His Spirit anointed many people to build a central place where God literally came down and revealed His glory. That Tabernacle was the source of many wonderful experiences of worship. When Aaron and Miriam spoke against Moses, God came down in His House of Worship and defended Moses to them. “ And the Lord came down in the pillar of the cloud, and stood in the door of the tabernacle, and called Aaron and Miriam: and they both came forth.  And he said, Hear now my words: If there be a prophet among you, I the Lord will make myself known unto him in a vision, and will speak unto him in a dream. My servant Moses is not so, who is faithful in all mine house.  With him will I speak mouth to mouth, even apparently, and not in dark speeches; and the similitude of the Lord shall he behold: wherefore then were ye not afraid to speak against my servant Moses?” (Numbers 12: 5-8) When God comes down His House and altar are always central.

It’s wonderful to consider the altar as the central part of His visitation. One of the beautiful creations of the House of God was the altar. Clearly this was of great importance and must be treated in a holy manner. “And he made the altar of burnt offering of shittim wood: five cubits was the length thereof, and five cubits the breadth thereof; it was foursquare; and three cubits the height thereof.  And he made the horns thereof on the four corners of it; the horns thereof were of the same: and he overlaid it with brass.” (Exodus 38: 1-2) It’s my Father’s desire to meet you at an altar that is dedicated to Him. Remember Apostle Paul saying they that wait at the altar shall be partakers of that altar? (I Corinthians 9:13) The Old Testament is clearly a book that never lets the House of God and the altar become common place.

The New Testament actually makes the altar more important rather than less important. The blood of the Old Testament altar was only a type of the New Testament sacrifice. Our altar has the Blood of Christ represented in spiritual powers. His Blood is at this very moment on the altar in the Heavenly Temple where Christ sits beside the Father. Every soul that is saved is saved by the Blood. When I was saved 68 years ago, we were ward not to stand on or in any way desecrate the altar. I have seen a multitude of soaked places on God’s altars. It was common place for sinners to soak the altars with their tears.

The final Pentecostal Latter Reign will flow from our rededicated altars. Ezekiel saw this prophetic event in his vision of Ezekiel 47. The river will not flow at any location but the House of God. It will certainly go far beyond the church because that has always been God’s heart. From the altar but flowing to all humankind where empty souls repent and return to Him in Biblical truth. Look at this picture Ezekiel saw in his vision: “Afterward he brought me again unto the door of the house; and, behold, waters issued out from under the threshold of the house eastward: for the forefront of the house stood toward the east, and the waters came down from under from the right side of the house, at the south side of the altar. Then brought he me out of the way of the gate northward, and led me about the way without unto the utter gate by the way that looketh eastward; and, behold, there ran out waters on the right side.  And when the man that had the line in his hand went forth eastward, he measured a thousand cubits, and he brought me through the waters; the waters were to the ankles. Again he measured a thousand, and brought me through the waters; the waters were to the knees. Again he measured a thousand, and brought me through; the waters were to the loins.  Afterward he measured a thousand; and it was a river that I could not pass over: for the waters were risen, waters to swim in, a river that could not be passed over. And he said unto me, Son of man, hast thou seen this? Then he brought me, and caused me to return to the brink of the river. Now when I had returned, behold, at the bank of the river were very many trees on the one side and on the other. Then said he unto me, These waters issue out toward the east country, and go down into the desert, and go into the sea: which being brought forth into the sea, the waters shall be healed.  And it shall come to pass, that every thing that liveth, which moveth, whithersoever the rivers shall come, shall live: and there shall be a very great multitude of fish, because these waters shall come thither: for they shall be healed; and every thing shall live whither the river cometh.” (Ezekiel 47: 1-9) This great river is soon to flow.

The city of New Jerusalem is a House of God where the Bride of Christ will have their mansion for eternity. The saved of earth will have the joy of visiting this city but the Bride will be there to welcome their guests. This is why David said in Psalm 23: “I will dwell in the House of God forever.”