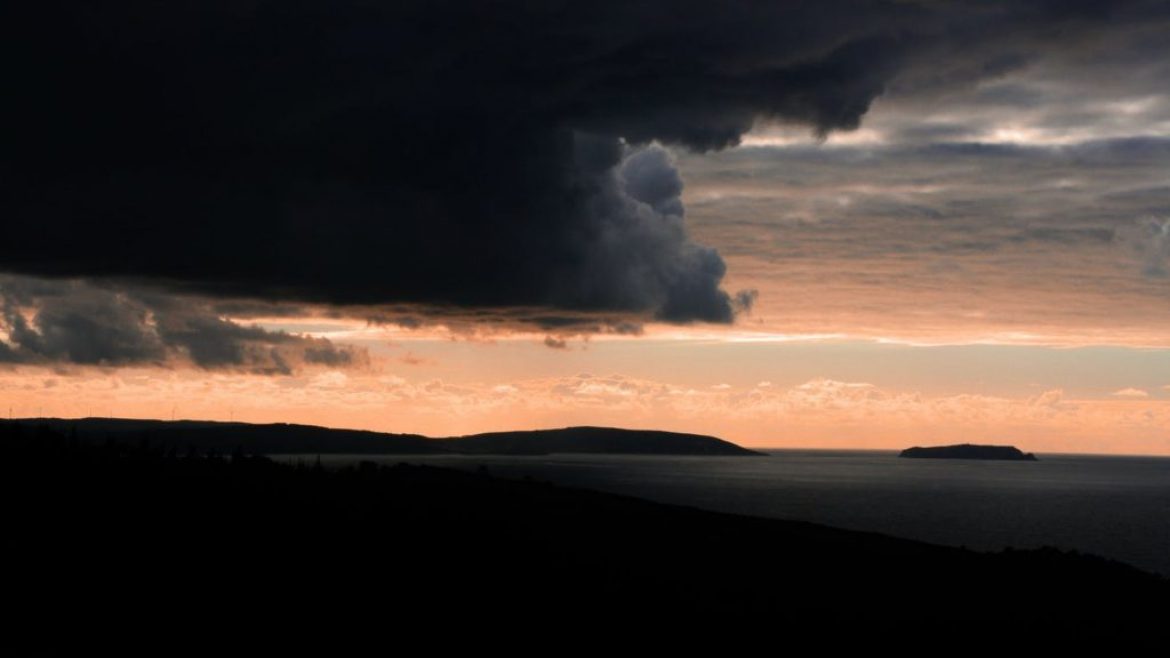 Battle of Armageddon Judgment by His Blood

Our Father is calling His Church to preach the Blood with fresh vigor. No wonder the church is in such a mess. We have allowed the message of the cross to be forsaken or at least marginalized. Apostle Paul said it best when he declared “God forbid that I should glory except in the cross.” Not one act of redemption can occur without the Blood.

When Jesus Christ dips His vesture in His own Blood He comes back to this earth to finish the world’s judgment and cleansing. To think of that Blood be anything but His Blood utter false. To cover His vesture in any Blood but Divine Blood would destroy His redeeming powers. Nothing but Divine Blood can prepare this earth for the millennial reign. His will finish the redemption of this earth by the Blood He gave on the cross.

Rebuilt Babylon is yet to be totally destroyed in biblical fulfillment. A few brave souls have preached that the prophesied destruction of Babylon is yet future. Most Bible scholars have chosen the least controversial route of the convenient interpretation. They have taught that the great prediction of her destruction was complete in the past and this city could never have a future. They cited such passages as, “And Babylon, the glory of kingdoms, the beauty of the Chaldees’ excellency, shall be as when God overthrew Sodom and Gomorrah. It shall never be inhabited, neither shall it be dwelt in from generation to generation: neither shall the Arabian pitch tent there; neither shall the shepherds make their fold there.” (Isaiah 13:19-20) It certainly sounds convincing unless you take the many prophesies in other scriptures, especially the Book of Revelation.

When the Lord gave Apostle John this incredible masterpiece called Revelation, Babylon was still a great city. He was shown nothing of its destruction which did not occur until after the fifth century. Babylon became a cultural center for the Jewish world after all the Jews were driven from Jerusalem by the Roman Government in the last years of the first century. One of the great Jewish literary publications is called “The Babylonian Talmud” and was written and/or compiled in that city about 500 A.D. Apostle Peter spoke of the Christian Church that was active in Babylon and had an excellent reputation. “The Church that is at Babylon, elected together with you, saluteth you; and so doth Marcus my son.” (I Peter 5:13)

It is absolutely imperative that Babylon be rebuilt and once again heralded as the great city. God’s finale judgment cannot be complete unless the judgment equals the offence. It is not acceptable for Him to judge something that symbolizes the offender. His judicial excellence requires perfect justice in complete harmony with the sin and rebellion that is judged. He cannot judge you for someone else because you favor them. Babylon will be judged for her sin and stubbornness against the government and Holiness of God.

The Babylonian wickedness introduced three major systems in opposition to God’s rule of His creation. All three of these systems have continued from that day and have been the means of great evil and human catastrophe. Every cruelty known to man has sprung from one of these systems. They were expressed in earlier towns of Sumer, Assyria, Persia and Egypt, etc., but were made fashionable by Babylon. Understanding these systems is imperative to this article and the rise of Babylon.

First System: Babylon made pagan religions fashionable. They took the base and deplorable idea of Pantheism (matter as a series of gods representing every act or expression of nature) and elevated all of it to an art form. They incorporated art, drama, and music until the pagan ideas were beautifully represented in the highest expression of their culture. It literally overwhelmed the populace and they gave it their soul. Then they added sexual and carnal satisfaction with great feast days, celebrations and pleasurable religious expressions, including sexual orgies and temple prostitution. The religious life became the center of the cultures and the King was transformed into a god. The whole idea is a perfect picture of the New Age religion so popular today. It is religious Babylon seen in Revelation chapter seventeen and being joined by every religious system of our present world.

Second System: Second, Babylon took the ideas of the city-states as known in Ur, Uruk and many other small cities and gave it a philosophical and intellectual form. They raised government to a system of bureaucracies which permanently established control over the populace. They brought in representation from conquered small states and trained them to serve as their bureaucrats and then used them to control their own people. Building giant forms of bureaucracies they made the people dependent on government. As government met human needs, it took on a godlike form. The state became all powerful and the people gave up their independence.

Third System: Iraq today brags about the kind of educational system and inventions it gave the world through the Sumerian and Babylonian periods. Here is their own description: “What is known is that they were a tremendously gifted and imaginative people. Their language, linguistically related to no other, ancient or modern, is preserved for us through the thousands of clay tablets on which they inscribed and developed the first writing as yet known to man. Fortunately, the Sumerians were prolific writers and meticulous record-keepers: these tablets richly describe their existence. With the invention of writing the simple village life could evolve into complex civilization. They developed schools for an educated elite and for the many scribes who were needed for all the record-keeping and letter-writing they liked to do. Not only business records were written down but also the first numbers, calendars, literature, laws, agricultural methods, pharmacopoeias, personal notes, maps, jokes, curses, religious practices, and thousands of lists and inventories of all manner of human interests.” (Historical Iraq)

They made education a responsibility of the state and used it to promote state control. The educated elite came to claim authority and wisdom above the common people. Through the elitist educational system they were able to control thought and intellectual development. When government operates the educational program you have the fox in the hen house. It all takes on the form of the all powerful state and squelches independent thinking so intrinsic to personal responsibility and true faith in God. These three systems are destined to be judged in the very geography of their origination and this is exactly what we are fighting in our world and especially America at this very moment.

But the Bible says, “BABYLON THE GREAT IS FALLEN, IS FALLEN.” This is an incredible statement. If it appears only once in the Bible it would be powerful and dependable, but it’s more than a statement, it’s a theme. Babylon is destined for a specific act of God that will cause the whole earth to wonder. No doubt will be left that God the Creator had the last word. Look at the expression in this statement, “And he cried mightily with a strong voice, saying, Babylon the great is fallen, is fallen…” (Revelation 18:2a) Our God intends to show this act to the whole world.

Again in Revelation chapter fourteen we have almost the exact words. The setting of this expression is an overview of the time of judgment. The exact words are, “And there followed another angel, saying, Babylon is fallen, is fallen, that great city, because she made all nations drink of the wine of the wrath of her fornication.” (Revelation 14:8) This statement was made in conjunction with the worship of the Antichrist and his image, the mark of the beast given to Satan’s initiates and to God’s great wrath against those who worship the devil and his cohorts.

What is striking is that these same words appear in Isaiah’s treatment of the judgment of Babylon. “And, behold, here cometh a chariot of men, with a couple of horsemen. And he answered and said, Babylon is fallen, is fallen; and all the graven images of her gods he hath broken unto the ground.” (Isaiah 21:9) Everywhere in scripture that such exact phraseology is used we know that the Holy Spirit is arresting our attention. The wording is powerful proof that Isaiah and John are talking about the same judgment. We cannot ignore this fact.

Jeremiah made a similar statement by saying, “Babylon is suddenly fallen and destroyed: howl for her; take balm for her pain…” (Jeremiah 51:8) In all four of these predictions of destruction, suddenness is clearly a factor. Babylon is to be destroyed in a devastating blow of judicial expression. Historical facts clearly demonstrate that this has never happened. Her finely baked bricks have been used for centuries to build other buildings in the vicinity. A large town within visible sight named Hilliah is almost completely constructed of bricks with the name Nebuchadnezzar stamped in them. The area is a lively community of businessmen, professionals, educators, farmers, herdsmen, and Iraqi governmental functions. God’s word is specific when describing the final and complete judgment. It has not happened, but it will.

We must see John’s final vision of the end of this wicked city. “And after these things I saw another angel come down from heaven, having great power; and the earth was lightened with his glory. And he cried mightily with a strong voice, saying, Babylon the great is fallen, is fallen, and is become the habitation of devils, and the hold of every foul spirit, and a cage of every unclean and hateful bird. For all nations have drunk of the wine of the wrath of her fornication, and the kings of the earth have committed fornication with her, and the merchants of the earth are waxed rich through the abundance of her delicacies.” (Revelation 18:1-3)

The Apostle is not just describing this city but her influence over the world. The present picture is all over the political spectrum, but I speak of what we see in America. It is an arrogance against the true God and His Son Jesus Christ and everything of moral values. “How much she hath glorified herself, and lived deliciously, so much torment and sorrow give her: for she saith in her heart, I sit a queen, and am no widow, and shall see no sorrow. Therefore shall her plagues come in one day, death, and mourning, and famine; and she shall be utterly burned with fire: for strong is the Lord God who judgeth her. And the kings of the earth, who have committed fornication and lived deliciously with her, shall bewail her, and lament for her, when they shall see the smoke of her burning, Standing afar off for the fear of her torment, saying, Alas, alas, that great city Babylon, that mighty city! for in one hour is thy judgment come. And the merchants of the earth shall weep and mourn over her; for no man buyeth their merchandise any more: The merchandise of gold, and silver, and precious stones, and of pearls, and fine linen, and purple, and silk, and scarlet, and all thyine wood, and all manner vessels of ivory, and all manner vessels of most precious wood, and of brass, and iron, and marble…” (Revelation 18:7-12)