ALERT!!ALERT!! AMERICA IN THE BALANCE…..MUSLIM RADICALS IN OBAMA’S (OUR) WHITE HOUSE 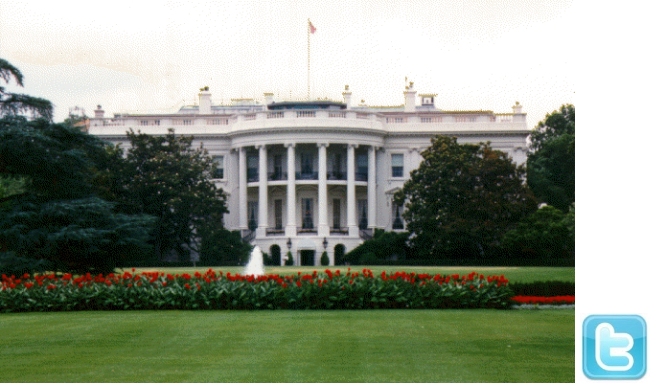 YOU MUST READ THE REPORT BY A RESPECTABLE ORGANIZATION ENTITLED, “A RED CARPET FOR RADICALS AT THE WHITE HOUSE.” For four years we have heard talk about President Barack Obama and his ties to the Islamic World. We have watched by television as he bowed before Islamic rulers and we have noticed that he refrains from speaking of the worst of actions of Jihadist radicals. He has apologized again and again for our efforts to stop the slaughter of vicious murderers in the war of terror. There is no longer any doubt about his love for the Islamic religion.

Here is the opening paragraphs of the above mentioned article. “A year-long investigation by the Investigative Project on Terrorism (IPT) has found that scores of known Islamists made hundreds of visits to the Obama White House, meeting with top administration officials. Court documents and other records have identified many of these visitors as belonging to groups serving as fronts for the Muslim Brotherhood, Hamas and other Islamic militant organizations. The IPT made the discovery combing through millions of White House visitor log entries. IPT compared the visitors’ names with lists of known radical Islamists.” (A RED CARPET FOR RADICALS AT THE WHITE HOUSE by Steve Emerson and John Rossomando. IPT News) This information should make every citizen ready to act in defense of our Christian heritage as Americans.

The Islamic world is bent on establishing an “Islamic One World Order.” In such a world order a Jew or a Christian would either convert or be killed. Of all the ideas competing for ruling the world, none are more dark and vicious as the Allah worshipers. It will be submit or die if devout Muslims should ever rule in such a World Order.

Reading the report of the Islamic crowd at the conventions in Charlotte is sickening. Here is a comment by the writer for News With Views.com concerning the convention of the Democratic Party. “The headlines are building about the DNC Convention. Islam is all over it. Family Security Matters says they are expecting over 20,000 Muslims to attend. The Convention has announced there will be “Jumah” prayers for two hours before the Convention. We are told the “purpose” for this event is to address the issues faced by Muslim-Americans. Poor Muslims…we make it hard sometimes for them to shred our Constitution, blow up buildings and people. Usually we make it easy, however. Robert Spencer of Jihad Watch said as bad as it is to have “Jumah at the DNC” it is dramatically worse the hosting of radical Islamic supremacists and Jihad groups there.” (OBAMA AND ISLAM IS TAKING OVER AMERICA” by Dr. Laurie Roth, News With Views.com ) How could an American political party allow this kind of activity? It had to be the influence of the President and his Islamic affection.

The following quote makes the whole problem clear to me. The author is “Nonie Darwish” who was a journalist in Egypt for six years. This writer makes the whole attitude and action of President Obama clear and scary. The man is worse than dangerous to America. “I have never entertained the idea that Obama was a Muslim and always believed he was a socialist. But Obama’s behavior over the last four years regarding Islam has convinced me that Obama has a Socialist/Islamic centered world view a combination that is not uncommon in many parts of the Muslim world. Having been a journalist in Egypt for six years in the ‘70s, I have witnessed socialism with an Islamic twist to be a popular political ideology, especially amongst Arab journalists and intellectuals. Socialism and even communism have managed to survive in the ruthless Islamic political system as an alternative to full-fledged Shariah. The two ideologies blended together in the Baath Party in Syria, Iraq and socialist regimes in Egypt and Yemen. One major difference between the two ideologies is that Islam uses Allah, while socialism uses atheism, to fight the God of Christianity. Free democracies such as the United States are alien to Islam and socialists because they regard government as a servant to the people and believe that human rights are from God and not from government or Shariah.”

“Having said that, both Shariah and socialism united in their envy of Western society and needed to change it. That is when Obama became the savior of both Islam and socialism. He embodied both ideologies, socialism, and Islam, and was groomed for years to help the socialist and Islamic causes inside America. The claim that Obama is a Christian was a silly joke, but a necessary lie for the greater cause of changing America to fit the goals of socialists and Islamists.” (From a riveting Documentary introduction by Nonie Darwish)

What does the Bible say to us in a situation as America finds itself? The god of Islam is a false god and even worse he is a demon god. The entire purpose of Obama is to convert America to Islam slowly until he gets re-elected (God forbid). If he gets re-elected for four more years, I do not believe we will doubt what I am saying. His treatment of Israel has been worse than wicked. Remember that he said that he had to “put light between himself and Israel’s leaders.” He has certainly done so.

This election has come down to a spiritual war between light and darkness. America has enough sin to completely destroy us, but America also has a great number of Godly people. We also have a multitude of secular people that do not know Jesus Christ as Savior but are good neighbors, kind and they love America as the most free country in the world.

Our hope at this dark period is for Saints of God to weep, pray and sigh before God. I have been weeping desperately as I have read the material quoted in this foreword for our broadcast. Will you join me in heart rending prayer over the next ten days? The Bible says, If my people, which are called by my name, shall humble themselves, and pray, and seek my face, and turn from their wicked ways; then will I hear from heaven, and will forgive their sin, and will heal their land.”(II Chronicles 7:14)

I love the words of James, “Confess your faults one to another, and pray one for another, that ye may be healed. The effectual fervent prayer of a righteous man availeth much.” (James 5:7) Again the Holy Ghost said, “Elias was a man subject to like passions as we are, and he prayed earnestly that it might not rain: and it rained not on the earth by the space of three years and six months. And he prayed again, and the heaven gave rain, and the earth brought forth her fruit.” (James 5:16-18) Our God answers prayer when we follow His instruction. America is in the balance and only repentance and prayer will tip the scales.

THE GIFTS TODAY ARE THREE ARTICLES TELLING THE FACTS ABOUT PRESIDENT OBAMA AND HIS FULL SUPPORT OF THE ISLAMIC RELIGION, free to all that write or call. We have finished preparing a notebook entitled, “THE WAR OF GOG AND MAGOG”. This is a comprehensive study of this subject like I have always wanted for myself. Every nation involved is identified with historic information. The many things coming from Iran, Egypt, Syria, Russia and Israel, etc. are represented. There are eight articles to help explain these developing events. It has been done in full color and is 154 pages. Everything we do is fully guaranteed with our money back promise. We are here to bless, not make money. The notebook will be sent out to you immediately as we want you to be blessed with this information. (Notebook $29.95, Email without notebook cover $15.00) Call 1 800 338 7884 or 1 704 391 0588. Email us at secretary@pawcreek.org.

11 thoughts on “ALERT!!ALERT!! AMERICA IN THE BALANCE…..MUSLIM RADICALS IN OBAMA’S (OUR) WHITE HOUSE”